Concern over the Economic Cost of Tariffs Continues to Rise 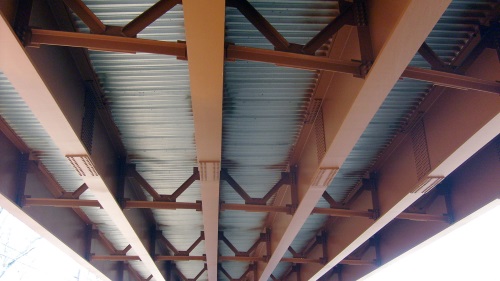 The economic impact of Trump administration tariffs imposed on a number of goods, but especially steel and aluminum, continues to generate growing concern – especially regarding the cost of infrastructure projects.

The American Institute for International Steel, for example, noted that U.S. steel-using manufacturers are encountering product price increases of 50 percent or more and are experiencing difficulty in obtaining the steel they need, regardless of whether they buy domestic-sourced or imported steel.

“We continue to hear from many members that they are experiencing significant increases in the prices they are paying for steel and aluminum products. Some are even getting reports that delivery schedules will be delayed,” Brian Turmail, spokesman for the Associated General Contractors of America trade group, explained to the AASHTO Journal.

“While we are all for expanding domestic steel and aluminum production, tariffs and the broader damage they inflict on the economy are not the right approach,” he said. “A better solution is to boost domestic production by increasing long-term infrastructure funding.”

“Infrastructure in this country is already expensive – communities struggle not only to have new projects built but also existing ones properly maintained,” Rep. Pete Olson, R-Texas, (seen at left) a member of the House Energy and Commerce Committee, explained to the Journal via email.

“Every increase in costs makes it harder to get to work and keep Americans and commerce moving,” he added. “It also makes it more likely that smaller projects get left behind as the price tag for the highest profile ones starts to inflate.”

Back on May 31 when the tariffs were first imposed, Rep. Olson noted in a statement that “while I respect the president’s goal of seeking a better trade balance for our nation, trade is critically important to our economy and I have substantial concerns about this action.”

He explained that “past precedent” has shown tariffs have “unintended consequences” on consumers and businesses across the country, raising prices on everything from a new car or truck to a new pipeline or petrochemical plant, and could also trigger broader and more damaging trade disruptions.

“We don’t know for sure and that’s what makes a trade war so dangerous,” Rep. Olson told the Journal. “Americans could face everything from less infrastructure to more expensive cars. Businesses that export – and the Americans who work for them or form their supply chain – could find themselves facing retaliation that hurt American competitiveness. Tariffs are taxes, but without the certainty that comes with each April 15th.”

The AIIS and two of its member companies – SIM-TEX, LP, of Waller, Texas, and Kurt Orban Partners, LLC, of Burlingame, California – are pursuing a broader legal tactic as well. They filed a lawsuit June 27 in the U.S. Court of International Trade over the “constitutionality” of the statute under which President Trump imposed a 25 percent tariff on imported steel, as well as a court order preventing further enforcement of the tariff as well.

They allege that the statute being used to impose the tariffs – Section 232 of the Trade Expansion Act of 1962 – violates the constitutional prohibition against Congress delegating its legislative powers to the president because it lacks any “intelligible principle” to limit the discretion of the president.

Section 232 allows the president to impose unlimited tariffs or create other trade barriers at his unfettered discretion if he believes they are needed so that “imports will not threaten to impair the national security,” which AIIS said is “too expansively defined” in Section 232.

“Our complaint asks for a declaratory judgment and an injunction against its enforcement – meaning that the tariffs will no longer be collectable,” explained Alan Morrison, lead counsel for the plaintiffs, during a press conference in Washington D.C. on June 27 regarding the lawsuit.

“We are not seeking monetary damages at this time [because] most of the [AIIS] members do not pay the tariffs themselves – they are harmed because their businesses are reduced. That’s why we need an injunction; the harm is irreparable,” he said. “We’re also not debating wisdom of the tariff policy, because we think Congress is the forum for doing that.”