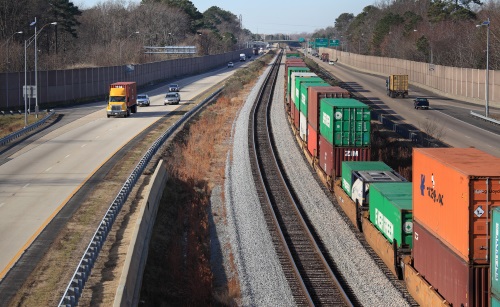 In written testimony offered before the Senate Finance Committee’s Subcommittee on International Trade, Customs, and Global Competitiveness on July 18, Kurt Nagle, president and CEO of American Association of Port Authorities, stressed that – in order to be competitive in the 21st century global economy – the United States “needs a national multi-modal freight network” that incorporates and leverages every mode of freight transportation, “whether on the waterside or the landside of seaport facilities.”

The subcommittee held the hearing to examine infrastructure-related trade and commerce issues at U.S. ports of entry.

Nagle said in his testimony that AAPA’s analysis of the seaport industry, including the Great Lakes, calls for $66 billion worth of infrastructure investment over the next 10 years, which includes $33.8 billion for waterside projects and $32.03 billion in landside projects.

“Seaports are critical for the prosperity of American communities, regional economies and our overall standard of living,” Nagle explained. “Throughout our nation’s history, seaports have served as vital economic engines that connect American farmers, manufacturers and consumers to the world marketplace. They deliver critical goods and services to consumers, ship U.S. exports, create jobs, support our military, and promote local and national economic growth. Cargo activity at America’s seaports accounts for over 23 million jobs, over a quarter of the U.S. economy, $1.1 trillion in total annual personal income and local consumption, and over $320 billion in federal, state and local tax revenues. Now more than ever, seaports deliver prosperity for all Americans.”

He added that with 95 percent of the world’s population and 80 percent of global consumption located outside of the United States, “sustained investment in modern, well-maintained seaports and connecting infrastructure” is vital to America’s prosperity and global trade competitiveness.

Nagel also pointed out that landside infrastructure is important to ports. “Investments in these connections can drive improvements in productivity, safety, and reduce the impact of freight transportation on local communities,” he emphasized. “The movement of goods through a port depends on the seamless integration of multiple modes of transportation. Ports must have efficient connections to national rail and highway networks.”

AAPA research also concluded that there is $20 billion in projected needs “solely for multimodal port and rail access” that needs funding over the next decade, with 67 percent of the group’s member ports in the U.S. noting that “funding and financing options are the biggest obstacles” in getting essential rail projects started to access their facilities.