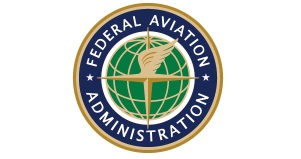 The Federal Aviation Administration announced on July 16 it will award $659.8 million in airport infrastructure grants as part of $3.18 billion in Airport Improvement Program or AIP funding for airports across the U.S.

In a statement, the agency said this “second increment” of AIP funding – highlighted in a 16-page document – provides 450 grants that will fund 664 infrastructure projects including runways, taxiways, aprons, terminals, plus the acquisition of aircraft rescue and firefighting vehicles plus snow removal equipment.

According to the FAA’s most recent economic analysis, U.S. civil aviation accounts for $1.6 trillion in total economic activity and supports nearly 11 million jobs, while its 3,323 airports and 5,000 paved runways “increases the country’s competitiveness and improves the traveling public’s quality of life,” the agency said.

FAA added that airports receive AIP grant funding each year based on activity levels and project needs. If their capital project needs exceed their available entitlement funds, the agency said it can supplement their entitlements with discretionary monies from the Airport and Airway Trust Fund.

FAA stressed that the grant awards do not include any funds from the $1 billion supplemental funding appropriated under the Consolidated Appropriations Act of 2018, the availability of which was announced July 9 in the Federal Register.