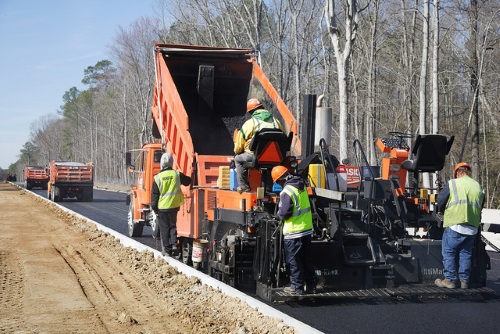 An annual survey conducted by the National Asphalt Pavement Association in partnership with the Federal Highway Administration over the last nine years found that “warm-mix asphalt” made up nearly 39 percent of all asphalt pavement mixtures produced in the United States in 2017.

The survey – conducted in the first quarter of 2018 with 238 companies operating 1,158 plants in all 50 U.S. states, the District of Columbia, and American Samoa, along with data from state asphalt pavement associations for 32 states – also determined that more than 99 percent of the asphalt pavement material removed from roads and parking lots in 2017 was put back to productive use, primarily in new asphalt pavement mixtures.

Craig Parker, executive vice president of Silver Star Construction in Moore, Oklahoma, and NAPA’s chairman, noted in the report that warm-mix asphalt is made at “reduced temperatures,” which decreases energy demands, reduces air emissions, and improves compaction at cooler temperatures.

Overall, the use of RAP and RAS alone resulted in cost savings of more than $2.2 billion compared to the use of virgin materials, NAPA said.

The national poll also determined that at the end of 2017 about 103.5 million tons of RAP and RAS was stockpiled for future use across the country, with the reclaiming of RAP for use in future pavements saved nearly 50 million cubic yards of landfill space during 2017.

Although national usage estimates were not calculated, respondents to the survey reported recycling some 1.5 million tons of ground tire rubber, slags, cellulose fiber and other reclaimed and waste materials into nearly 7.5 million tons of asphalt paving mixtures.