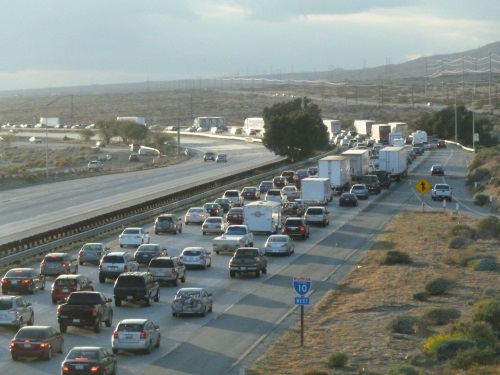 The California Air Resources Board released an “inventory report” report on July 11 on greenhouse gas or GHG emissions in California and while CARB said GHG emissions in 2016 (the latest available year for data) dropped below 1990 levels for the first time in 14 years – “an achievement roughly equal to taking 12 million cars off the road or saving 6 billion gallons of gasoline a year,” the agency noted – they continue to rise in the transportation sector.

Electricity generation posted the largest GHG emission decline among all industry sectors, according to CARB’s data, dropping 18 percent in 2016, which reflects continued growth in renewable energy from solar, wind and geothermal sources – with solar electricity in all forms, including rooftop generation, growing by 33 percent.

Yet CARB pointed out that the transportation sector, California’s largest source of GHG emissions, increased by 2 percent in emissions in 2016 due to higher fuel consumption.

Under the Obama administration, measurement of transportation-related GHG emissions were going to be included in federal highway “performance measures,” but the Trump administration put that regulatory effort on hold – with the Federal Highway Administration formally scuttling that initiative on July 2.

Yet California is still pressing ahead with its GHG reduction efforts. Senate Bill 32, signed in 2016, requires the state to go even further than AB 32 and cut emissions 40 percent below 1990 levels by 2030

“Emissions may vary from year-to-year depending on the weather and other factors,” noted CARB Executive Officer Richard Corey in a statement. “However, this inventory demonstrates that our policies are working to incentivize GHG-free energy sources and ensure the state remains on track to meet its climate targets in 2020 and beyond.”

Other details from CARB’s GHG emission report include: