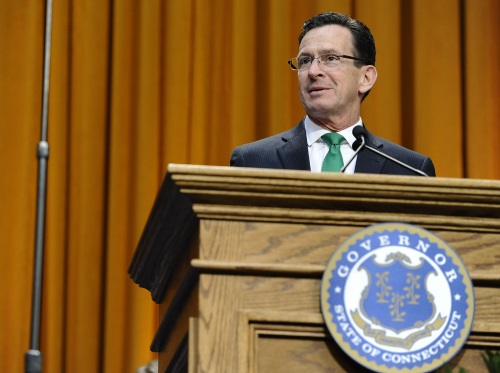 Outgoing Connecticut Gov. Dannel Malloy (D) signed an executive order on July 17 to conduct a “comprehensive assessment” of the state’s electronic tolling plan to ensure that out-of-state drivers “contribute their fair share” to the operation and maintenance of Connecticut’s highways and to also see if reducing gasoline taxes is a possibility.

“During this past legislative session, we heard time and again from legislators that they wished for more information regarding electronic tolling, including specific recommendations with respect to its possible implementation,” Gov. Malloy said in a statement.

“[This] comprehensive study that will provide the legislature with just that,” he noted. “After all, we need to be truthful with the people we were elected to represent – without transforming the way we fund our highways, we will be unable to pay for the large-scale construction and rehabilitation projects that our state needs to ensure continued safe travel while attracting businesses and growing our economy.”

Photo: Connecticut Office of the Governor

Gov. Malloy added that the need for developing a “new funding method” for Connecticut’s transportation network is due to the ongoing destabilization of the Special Transportation Fund, which finances the state’s entire transportation system and is generated primarily through motor vehicle fuel taxes.

“As vehicles become more fuel efficient or completely electric, the fund will continue to become more insolvent as each year goes by – an issue that states all across the nation are grappling with,” he said.

Since 2013, at least 26 states have responded to the issue by increasing gasoline taxes, Gov. Malloy explained, including seven states in the last year alone. Meanwhile, Connecticut cut its motor vehicle fuel tax in 1997 from 39 cents per gallon to 25 cents per gallon – and it has not changed since that year.