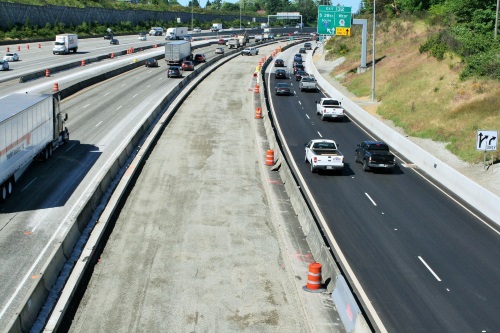 A six-year study of hot mix asphalt preventive maintenance techniques conducted by the Washington State Department of Transportation indicates that a range of “treatments” can effectively extend pavement life, using a combination of crack sealing, chip sealing and dig outs can extend pavement life for five years or more.

The 115-page study aimed to determine the effectiveness of a rage of preventive maintenance treatments at extending pavement life, WSDOT said, using cost data to help define which treatments are the most cost effective. Roughly 69 test sites were evaluated on a yearly basis since initiation of the study in 2012, with the evaluations terminated in the fall of 2017.

The agency’s study found that virtually all of the treatments are performing well and preserving the pavements for extended periods of time, but that the use of crack sealing, chip sealing and dig outs together can extend pavement life for five years or more. The data on wheel path chip seal patching and rut filling indicated only a four-year extension could be gained, while the duration of blade patches is one to two years before additional fixes are needed.

The costs of the various treatments were also compared by calculating the cost to treat a strip of pavement one foot in length and one lane wide or roughly 12 feet in width – allowing treatments that do not cover an entire lane, such as wheel path chip sealing, to be compared side by side with treatments that do cover the full lane, WSDOT said.