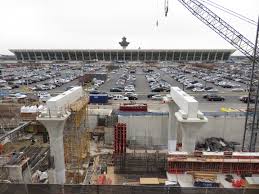 The Federal Aviation Administration awarded $770.8 million in grants to 522 airports on July 27 to fund 949 infrastructure projects that include runways, taxiways, and terminals, as well as the acquisition of aircraft rescue, firefighting, and snow removal equipment.

The agency said in a statement that this money is the “third increment” of grants issued via its $3.18 billion Airport Improvement Program, which funds projects in all 50 states and five U.S. territories.

FAA added that 569 grants are being funded via this third installment from the AIP, with the first allotment on June 8 funding 241 grants and the second installment on July 16 funding 450 grants.

According to the FAA’s most recent economic analysis, U.S. civil aviation accounts for $1.6 trillion in total economic activity and supports nearly 11 million jobs.

For example, the Louisiana Department of Transportation and Development noted that $25.6 million in grants it received from FAA via the second round of AIP funding for 15 infrastructure projects at 13 airports is being augmented by more than $2.8 million in matching funds from the state’s coffers.

“We’re grateful to receive this grant for airport improvements all across our state,” noted DOTD Secretary Shawn Wilson in a statement. “Air travel is an essential part of the state’s infrastructure, and we owe it to the traveling public to provide safe, high-quality airports. As always, we’re dedicated to continuing the search for alternate means of funding to improve the quality of life of our citizens and visitors.”