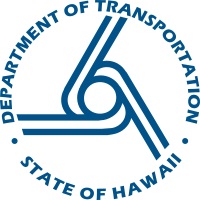 The Hawaii Department of Transportation is planning to install more than 4,260 new “solar modules” on the 7th floor of the Terminal 1 parking garage – formerly the Interisland Terminal – at Honolulu’s Daniel K. Inouye International Airport; part of its effort to be “100 percent renewable energy reliant” by 2045.

The agency said in a blog post that those solar modules are anticipated to generate 2 megawatts-DC/1.6 megawatts-AC worth of electricity; enough to power more than 328 homes, based on a full operational day of sunshine.

Over the life of the project the total energy saved could power more than 175,000 homes. The solar energy will be used at the airport facility and will reduce the overall electricity bill by nearly half, Hawaii DOT said.

The agency added that this solar panel contract with Johnson Controls Inc. should generate more than $600 million in guaranteed cost savings over the 20-year life of the contract at Hawaii’s airports, which began in 2014.

Construction to install the panels is expected to be continuous from August 20 through November 16 this year, the agency said, with another solar canopy expected to be added to the Terminal 2 parking garage – formerly the Overseas Terminal – in 2019.

Hawaii DOT’s solar panel installation effort is similar to other programs being initiated by other state DOTs.

The Maryland DOT, for example, began installing solar panels to a number of its facilities back in February to help reduce energy costs between 30 percent and 40 percent.

Meanwhile, the Idaho Transportation Department initiated a pilot test in February with solar-powered pavement markings to help increase the visibility of raised curb islands for drivers.

Those “markers” store up solar energy during daylight hours, then use that to power LED lights in the markers at night. The ITD said it bought 600 units and earmarked 100 for each of the six regional offices.