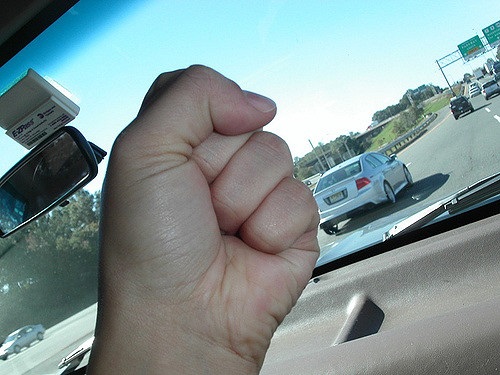 According to an analysis by the Auto Insurance Center of the most recent fatality data available from the National Highway Transportation Safety Administration, the United States averaged roughly one deadly crash related to road rage per day in 2016, with Indiana home to the most fatalities related to road rage and aggressive driving incidents, followed by Colorado, South Carolina, Alabama and Connecticut.

However, that study – which is based on 2016 Fatality Analysis Reporting System data compiled by NHTSA – also found that road rage and aggressive driving could only be blamed for roughly 1.05 percent of all fatal crashes that year.

[Side note: Last year Transportation TV produced a video report on road rage (seen below) that highlighted examples of extreme behavior by angry motorists, as well as examining the results of a study of road rage conducted by the AAA Foundation for Traffic Safety.]

The Center’s analysis found that fatal accidents occur most often in the afternoon rush hours between 4:00 p.m. and 6:00 p.m., pointing to related research that indicates texting while driving spikes during this time as well.

However, fatal accidents resulting from road rage and aggressive driving specifically followed a nighttime pattern, peaking at 10 p.m. The group speculated that this “late-night” rise in fatal crashes could be related to fatigue: “When we’re tired, we may be more prone to anger than we might have been just hours earlier.”

Finally, Sundays were found to be the “heaviest day of the week” for aggressive driving and road rage accidents, followed closely by Monday. Additionally, drivers tended to get more “heated” in warmer temperatures, as July and September were the top months for deadly aggressive driving crashes.

By contrast, rates of aggressive driving accidents were notably lower in November, December, and January.