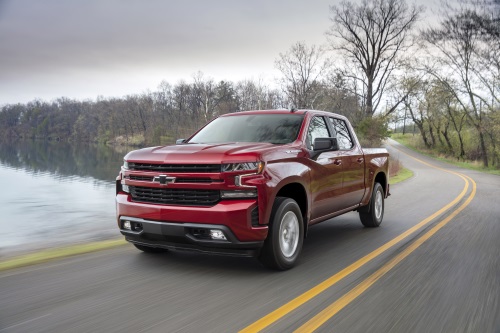 The U.S. Department of Transportation and the Environmental Protection Agency are seeking to “freeze” light vehicle fuel economy standards via a new rulemaking effort, according to a joint proposal issued Aug. 1.

The agencies plan to “lay out” eight options for a single national fuel-economy standard for model years 2021 through 2026, with USDOT and EPA backing an option to “lock in” the 2020 standards until 2026 because their analysis “suggests that those standards strike the appropriate regulatory balance between vehicle improvements, environmental benefits and safety.”

The EPA and the National Highway Safety Administration jointly issued a notice of proposed rulemaking on Aug. 2 dubbed the “Safer Affordable Fuel-Efficient Vehicles Rule for Model Years 2021-2026 Passenger Cars and Light Trucks” or “SAFE Vehicles Rule” that provides in the words of both agencies a “much-needed time-out” from more stringent and costlier fuel economy standards, initiating a process to establish a new 50-state fuel economy and tailpipe carbon dioxide emissions standard for passenger cars and light trucks.

Senator John Barrasso, R-Wyoming, chairman of the Committee on Environment and Public Works is backing the administration’s move.

“I applaud the Trump administration for proposing new standards for cars and trucks,” he said in a statement. “Unless the Obama administration’s punishing standards are changed, consumer choice will be limited and the cost of vehicles will skyrocket. When setting standards, Washington must consider what is best for the whole country. The previous administration ignored that concern. Americans shouldn’t be denied the ability to purchase a car or truck that meets their needs. The standards must allow people to buy the vehicles they require, at a price they can afford.”

Yet there is also long-term opposition to this “freeze” to contend with. In May, California launched a legal effort in conjunction with 17 other states and the District of Columbia to “set aside and hold unlawful” what was then still only a proposed plan to “weaken” the nation’s existing fuel economy rules; a plan that now, however, would also eliminate California’s waiver from the national standards, which allows it to create its own light vehicle emission/fuel efficiency rules.

Transportation Secretary Elaine Chao and EPA Acting Administrator Andrew Wheeler noted in a joint opinion column in The Wall Street Journal that “there are compelling reasons for a new rulemaking” as the fuel economy standards implemented by the Obama administration “raised the cost and decreased the supply of newer, safer vehicles.”

For example, they said the current fuel economy standards “helped drive up the cost of new automobiles to an average of $35,000” and that “keeping in place the standards finalized in 2012 would add $2,340 to the cost of owning a new car and impose more than $500 billion in societal costs on the U.S. economy over the next 50 years.”

Furthermore, Chao and Wheeler argued that, due to those increased costs, “Americans are holding on to their older, less-safe vehicles longer and buying older-model vehicles” with the average vehicle on the road today now 12 years old. The also both pointed to data from a NHTSA study issued in May that indicates passengers are likelier to be killed in older light vehicle models versus newer ones.

They added that the 2012 fuel efficiency standards EPA and NHTSA seek to change “were designed to encourage the development and sale of electric vehicles” but that only about 1.5 percent of new vehicles sold are powered by electricity.

“Some data conclude that nearly half of consumers who purchase an electric car do not buy another because of challenges with range and recharge times,” Chao and Wheeler said. “Yet to meet the previous administration’s fuel-economy and greenhouse-gas standards, manufacturers would have to produce vehicle lineups that are 30 percent electric or more over the next seven years—far more vehicles than buyers are likely to want. Our goal is to ensure that consumers have a variety of safe, fuel-efficient choices so they can decide for themselves which options suit them best. This includes electric vehicles, for those who want them.”

There are varying views of the potential impact of this proposed fuel economy standard “freeze.” One report issued in April by the think tank Resources for the Future when EPA first suggested rolling back those standards said they were “a central part of the Obama administration’s efforts to reduce U.S. greenhouse gas emissions” and that supporters of the current standards argue that they “would substantially reduce emissions at a modest cost.”

But that report also indicated that “the standards have been highly controversial” and that “supporters of weakening the standards—including those in the Trump administration—argue that the current standards would be excessively costly to consumers and automakers, while providing little or no benefit to the public.”

RFF’s analysis four months ago concluded that eliminating the fuel economy increases mandated by the 2022–2025 rules “would have small effects on gasoline consumption, greenhouse gas emissions, and oil imports during those years and even out to 2030.”

However, the ultimate effects of weaker standards “could be greater over time,” the group warned, “especially if they hurt the progress of new technologies and the political momentum for tighter standards in the United States and in other countries in the longer term.”