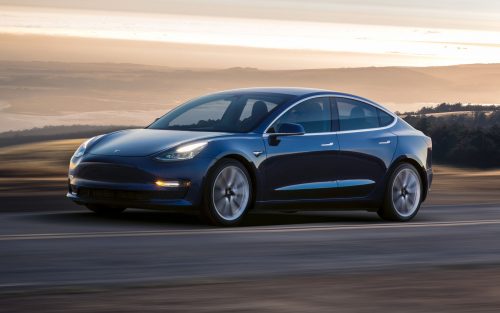 New research conducted by the Insurance Institute for Highway Safety on “semi-autonomous” advanced driver assistance systems now available on a variety of light vehicle models – research conducted both in controlled test-track environs and on public roads – determined that the technologies “aren’t robust substitutes” for human drivers as of yet.

Jessica Jermakian, an IIHS senior research engineer, noted in the study that systems such as adaptive cruise control and active lane-keeping technology don’t always handle driving tasks as humans would.

“When they didn’t perform as expected, the outcomes ranged from the irksome, such as too-cautious braking, to the dangerous, for example, veering toward the shoulder if sensors couldn’t detect lane lines,” she explained. “The new tests are an outgrowth of our research on Level 2 autonomy. We zeroed in on situations our staff have identified as areas of concern during test drives with Level 2 systems, then used that feedback to develop road and track scenarios to compare vehicles.”

IIHS evaluated five cars in its “semi-autonomous” system testing: a 2017 BMW 5-series with “Driving Assistant Plus,” a 2017 Mercedes-Benz E-Class with “Drive Pilot,” a 2018 Tesla Model 3 and 2016 Model S with “Autopilot” (software versions 8.1 and 7.1, respectively) and a 2018 Volvo S90 with “Pilot Assist,” adding that all five are equipped with automatic emergency braking systems it rated “superior.”

IIHS researchers noted that the main issue found with current adaptive cruise control systems is that they “aren’t ready to handle speed control in all traffic situations,” while in several on-road driving scenarios, such as cresting a hill, active lane-keeping signals “lost sight” of the roadway and thus were unable to maintain the vehicle in its lane.

“Designers are struggling with trade-offs inherent in automated assistance,” explained David Zuby, chief research officer for IIHS, in a statement. “If they limit functionality to keep drivers engaged, they risk a backlash that the systems are too rudimentary. If the systems seem too capable, then drivers may not give them the attention required to use them safely. We’re not ready to say yet which company has the safest implementation of Level 2 driver assistance, but it’s important to note that none of these vehicles is capable of driving safely on its own.”

Yet IIHS also noted in its report that outlook still remains “promising” in terms of the potential safety benefits of ACC and for lane-keeping systems, to a lesser extent.

Where ACC is concerned, the group said the technology is often “bundled” with forward collision warning and automatic emergency braking systems, with separate research by IIHS determining that there are crash-reduction benefits when those systems are combined into one package.

And while it said the evidence for safety benefits of active lane-keeping systems “isn’t as pronounced” as with ACC, it still has the potential to reduce and/or eliminate crashes that would result in saving nearly 8,000 lives in a typical year, according to IIHS analysis.

Where state departments of transportation are concerned, the current “shortcomings” of advanced driver assistance systems may also be aggravated by infrastructure issues as well – a topic touched on by Bill Panos, director of the Wyoming Department of Transportation, during a June 13 hearing on Capitol Hill.

“Currently, state DOTs and other infrastructure owners are uncertain, at least at a detailed level, which roadway characteristics are critically important to the safe and efficient operation of automated driving systems,” he explained in his written testimony. “Aspects of ADS have been developed in the absence of significant collaboration between the infrastructure owners and technology developers. Thus, state DOTs want a clearer consensus on infrastructure needs from the technology developers.”

For example, he said lane stripes may need to be wider and brighter so connected and autonomous vehicles or CAVs can better “see” roadway lane divides. Also, if CAVs are using sensors for navigation, they could be adversely impacted by poor or intermittent ride quality, which could place upward pressure on the already high need for investment in maintaining and improving pavement quality.

“However, any increase in maintenance would not be without implications for a state DOT or other transportation agency’s overall budget and its ability to make other needed infrastructure investments,” Panos said. “In these scenarios, there would be less available for capital expenditures on transportation infrastructure.”