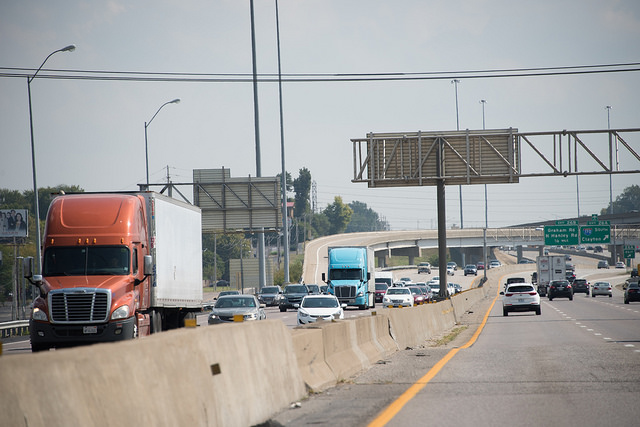 In a blog post on Aug. 6, USDOT Secretary Elaine Chao highlighted the ongoing “multi-modal” efforts being made at the Federal level to fight human trafficking and increase awareness about the problem.

“For decent people, it is unbelievable to learn that in this day and age something so horrible as slavery still exists. But that’s what human trafficking is and it is happening all over the world, including America,” she said, noting that human trafficking encompasses victims of forced labor and sexual exploitation coerced or deceived into jobs that they cannot leave.

“It is happening in rural and urban areas across our country,” Chao explained. “Of particular relevance to DOT, America’s roadways, railways, airways, and waterways are being used to facilitate this trafficking in human beings – adults and children.”

She noted that USDOT is working with a variety of industry stakeholders through its Transportation Leaders Against Human Trafficking or TLAHT initiative to engage industry leaders, train transportation industry employees, and provide public awareness materials, while the agency continues to work towards establishing a Federal advisory committee to identify and share best practices in combating human trafficking across the transportation industry.

Steve Meystrik, interim motor carrier services director for the Missouri Department of Transportation, explained in a phone interview with the AASHTO Journal that state DOTs are “in a great position” to help the USDOT in its efforts to create more public awareness regarding human trafficking.

“We’ve got 5,000 [MoDOT] employees throughout the state who are interacting with transportation stakeholders within every mode,” he said. “I think state DOTs have a unique advantage due to our position with the country’s transportation system. And I can tell you that through the outreach efforts we’ve conducted over the last several years, we’re finding the transportation community ready and willing to advance efforts to combat this crime.”

MoDOT stepped up its efforts to help fight human trafficking in late July when it joined the USDOT’s TLAHT initiative to further its outreach efforts beyond just the trucking industry, which had been the agency’s previously focal point.

“Our motor carrier personnel have been raising public awareness about human trafficking among the trucking companies we visit and we’ve also worked with several trucking groups such as OOIDA [the Owner Operator Independent Drivers Association} and Truckers Against Trafficking,” Meystik noted.

“Now we are broadening that perspective to other modes and to all of our employees,” he added. “We are going to be working to train them about this issue starting this fall. We may not think that human trafficking is happening around us, but the truth is, it’s happening in cities and small communities all across America.”