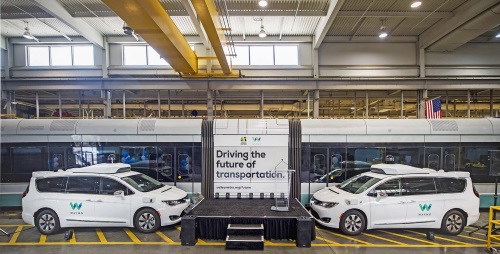 Self-driving system developer Waymo announced on July 31 a partnership with Valley Metro, the regional public transportation authority for the area surrounding Phoenix to see if its driverless vehicles could provide better “travel connections” with the city’s existing bus and light rail services.

“Public transportation is an integral part of our cities, providing vital social, economic, and environmental benefits. That’s why cities around the world invest significant resources to build and maintain public infrastructure — light rail, trains, and buses — that help people commute and move around,” Waymo noted in a blog post.

“However, as cities grow and evolve, the ‘last mile’ — how people connect to public transportation efficiently, affordably, and safely — is one of the main challenges communities struggle to solve,” the company noted. “We want to explore how self-driving vehicles could fill transportation and mobility gaps for riders across the Greater Phoenix area.”

The first phase of this pilot test, which launched this month, offers first- and last-mile transit connections via Waymo’s mobile application for Valley Metro employees, helping to hail a ride that then connects them with the nearest public transportation option.

The second phase will expand that first- and last-mile ride-hailing option to Valley Metro RideChoice travelers, which cover groups “traditionally underserved” by public transit, Waymo noted, such as low-income and limited-English-proficiency populations.

“This will form the basis of joint research to evaluate the adoption of Waymo technology, its impact, and its long-term potential to enable greater access to public transit,” the company added in its post.

Waymo’s pilot test is also partly an effort to counteract recent research that indicates ride-hailing services could reduce public transit usage. The UC Davis Institute of Transportation Studies, for example, issued a study in December 2017 that found that a large portion of travelers are substituting ride-hailing in place of public transit, biking, and walking trips – with the average net change in transit use is a 6 percent reduction among travelers in major U.S. cities due to broader use of ride-hailing options.

Yet that study also noted that ride-hailing can be “complementary” to public transit if “coordinated” correctly. “With the right model, it is also possible that ride-hailing could serve as an effective solution in existing suburban areas where personal vehicles dominate travel,” the report said. “However, without significant coordination between cities, public transit agencies, and ride-hailing services themselves, we do not believe this optimistic scenario is likely to materialize.”