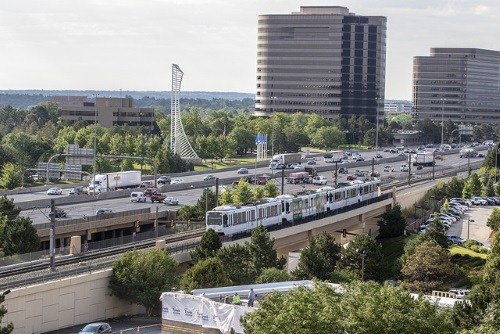 Political leadership at the local level should be encouraged to view infrastructure projects ranging from water treatment plants, power plants, seaports, airports, to transit networks in both large cities and rural areas alike as “key economic anchors,” according to recent blog post published by the Brookings Institution.

Joseph Kane, senior research associate and associate fellow for the group’s metropolitan policy program, argued in the Aug. 10 post that “constructing and maintaining reliable roads, ports, pipes, and other systems is essential to all types of businesses and households. Whether moving passengers and goods or ensuring that water, electricity, and broadband is available to everyone, both the public and private sector have a shared responsibility to oversee these various systems.”

Yet even beyond this supportive role, many local leaders overlook the “significant opportunity” infrastructure represents an economic anchor, he said.

“For instance, the major facilities that utilities and transit agencies oversee serve as major public assets, but they also carry out many public responsibilities in their local communities – while employing millions of workers – which should warrant additional attention and investment,” Kane noted. “Since many of these jobs require less formal education and equip workers with applied experience and in-demand skills, they offer accessible, durable career growth in every community across the country.”

“The economics of public infrastructure are straightforward. Clean water, to take a concrete example, benefits everyone simultaneously. Once it is clean for one resident, it will be clean for all. For this reason, conventional private market methods work poorly in providing infrastructure and the public sector becomes involved,” he said.

“There are an enormous number of things that cost the federal [government] money that are worth doing – we’ve got localities across the country who are willing to put in their own money and have private entities pay tolls to make these projects go. So, clearly they are in the interest of the population,” he added.

“So in the end, you have the same suspects: the federal, state, and local governments,” Holtz-Eakin noted. “So the core framework should be, if these projects are worth it for the country, get as much private capital as you can, but then the rest has to come from the taxpayers one way or another. But they [those projects] have benefits as well, so you should do it.”

And by doing so, emphasized Brooking’s Kane, localities especially can help foster the next generation of workers as well.

“As our recent report on the U.S. water infrastructure workforce shows … they can act as a key hubs for jobs, training, and environmental stewardship at a local and regional level,” he said. “On the lookout for a new generation of workers to construct, operate, and maintain pipes, plants, and numerous other water systems, utilities offer long-term, well-paid positions for workers across all skill levels. And the fact that they do so in some of the most disadvantaged areas nationally speaks to their unique role in expanding economic opportunity in their backyard.”