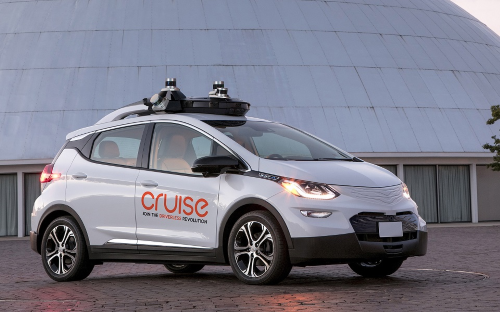 A new 41-page report on connected-autonomous vehicles or CAVs by the Governors Highway Safety Association and funded by insurance company State Farm discerned several “human-interaction” issues with the technology in the near future.

Authored by Dr. Jim Hedlund, a former senior official with the National Highway Traffic Safety Administration, the report examined current market trends and projected that most CAVs for the foreseeable future will allow humans to maintain some level of driving responsibility – and are likely do so for many decades.

“Human operators will still exert significant control and will be able to change their vehicle’s CAV level dynamically, just as drivers today can activate or deactivate cruise control. [That means] imperfect human drivers aren’t disappearing anytime soon and even with self-driving technology, they will still be in a position to cause crashes, deaths, and injuries on our roads,” noted Jonathan Adkins, GHSA’s executive director, in a statement. “As autonomous vehicle technology advances, states still must invest in programs to prioritize safe travel behavior.”

Yet the GHSA’s report predicted that the first users of fully-autonomous CAVs will likely will be businesses, not individuals, with uses initially entailing: low speed shuttles within limited geographical “enclaves” such as campuses or retirement communities; commercial trucking, which may include truck platooning with at least some driverless trucks in the platoon; on-demand ride services such as Uber and Lyft, perhaps within dedicated geographic areas; and commercial use on private roadways dedicated to CAV-only operation.

The report also found that understanding what the different “levels” of vehicle automation mean poses a problem for the general public. “The public probably assume that the terms ‘self-driving cars’ or ‘automated vehicles’ refer to full Level 5 automation,” GHSA noted in its analysis. “But most CAVs for the foreseeable future will be Levels 2 through 4. So perhaps they should be called ‘occasionally self-driving.’”

The GHSA report also included a review of nine surveys conducted over the last two years that canvassed the driving public’s knowledge of and beliefs about CAVs.

The results from that multi-survey review are “mainly consistent,” the group said, with more of those polled “worried” versus “enthusiastic” about the prospect of widespread CAV use. They were also “evenly divided” when asked if CAVs would be safer than human drivers or if they would reduce crash injuries and fatalities.

GHSA’s multi-survey review also indicated that “many people are skeptical” about CAVs, are worried about sharing the road with them, are unconvinced of their safety benefits, and are unwilling to ride in them. However, it also stressed that knowledge about CAVs by the general public “remains limited” and “direct experience is rare.” For example, about two-thirds of respondents in two surveys reviewed by GHSA researchers said they know “little or nothing” about CAVs while only 11 percent in another survey had actually ridden in a CAV.

The report also noted that CAVs short of full automation present a number of important “behavioral safety issues” related to how operators and passengers use this technology.

“Inattention is of particular concern when operators expected to monitor driving may not do so as diligently as they should, and even an operator who does not need to monitor the road for long periods of time may not be able to quickly re-engage if distracted,” noted Hedlund, the report’s author, in a statement. “Unlicensed operators also pose potential harm, as they may be able to activate a CAV but be prevented from taking over control of the vehicle if needed.”

For that reason “states need to consider a number of new issues related to the practical deployment of this technology,” he stressed. “One of the most important goals should be to educate the public about the benefits and risks of this technology, how to use it safely, and drive near AVs in traffic.”