Iowa Finalizes Plan for use of Volkswagen Settlement Funds 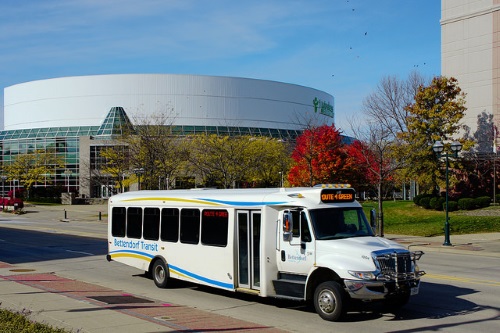 A working group of state agency officials, headed up and coordinated by the Iowa Department of Transportation, finalized and submitted a plan on Aug. 15 that outlines the use of $21 million awarded to the state as a result of a 2016 settlement between Volkswagen and the United States.

The agency stressed that those Volkswagen funds are only available for eligible projects that work to reduce nitrogen oxides or NOx and that eligible projects are defined in the Environmental Mitigation Trust for State Beneficiaries; a group established in the nationwide settlement of the Volkswagen litigation.

A draft mitigation plan was released on April 23, 2018, followed by a formal public comment period which ended on May 25, 2018.  Approximately 120 public comments were received and reviewed by the agencies involved.

The final plan incorporated the review of 120 comments received during an April 23 to May 25 public review period. The Iowa DOT said that there were “many requests to use the funds for school bus replacements, specifically for buses utilizing alternative fuel sources,” with the public also “overwhelmingly in favor” of funding zero-emissions infrastructure for light-duty electric vehicles.

As a result the final mitigation plan covers five actions that will each receive a portion of the $21 million in Volkswagen settlement funds:

Iowa anticipates there will be three application cycles for project funding with the first call for applications expected in the fall of 2018 and is providing more information via its Volkswagen settlement website.