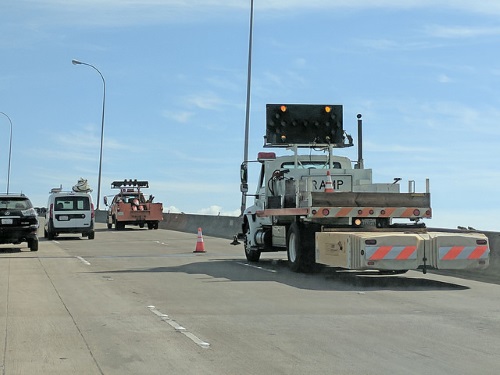 Roads and bridges that are deteriorated, congested or lack “desirable safety features” cost California motorists a total of $61 billion annually, or as much as $2,995 per driver per year in some of the state’s urban areas, due to higher vehicle operating costs, traffic crashes and congestion-related delays.

TRIP added that driving on deteriorated roads costs California motorists a total of $22.1 billion each year in extra vehicle operating costs, which translates in an average extra yearly cost of $843 per driver – costs that include accelerated vehicle depreciation, additional repair costs, and increased fuel consumption and tire wear.

The group’s report also noted that “traffic congestion in California is worsening,” with 85 percent of California’s urban interstates “routinely clogged,” which costs drivers a total of $29.1 billion each year in lost time and wasted fuel.

TRIP issued also issued 12 regional reports as well to highlight specific concerns among the different regions of California and as a way to address the statewide repeal effort being aimed at Senate Bill 1: the Road Repair and Accountability Act passed by the state legislature in April 2017 that increased California’s gasoline and diesel taxes, implemented a “transportation investment fee” on vehicles, and initiated an annual fee on zero emission vehicles.

It is estimated that SB 1 will increase state revenues for California’s transportation system by an average of $5.2 billion annually over the next decade if it remains in place, TRIP said.