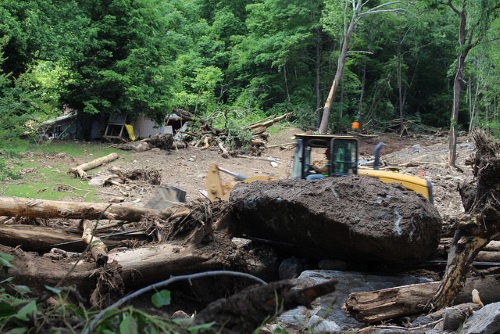 The Resilience Innovations Summit and Exchange being held Oct. 9-10 in Denver, Colorado, will seek to gather together transportation experts, elected officials, and others to share ideas and tactics for designing, building, and operating infrastructure that can better withstand the impact of natural and man-made disasters – everything from wildfires, hurricanes, floods, and snowstorms to political protests.

Sponsored by the Transportation Research Board and hosted by the Colorado Department of Transportation, the two-day event seeks to help national, state, local, and tribal organizations better incorporate “resilience” into all aspects of their infrastructure management programs through the sharing of best practices and case studies.

“What we’re trying to do is recognize that a major disruptive event – be it a snowstorm or a protest – is going to happen at some point,” explained Michael Lewis, executive director of the Colorado DOT, in an interview with the AASHTO Journal. “So it’s about learning how can we better plan, design, build, maintain and operate our infrastructure in ways that minimize the impact of those disruptions.”

As an example, Lewis referenced his experience battling a major snowstorm that struck the East Coast in 2014 when he served as the director for the Rhode Island DOT.

“That storm was of the same meteorological dimensions as the blizzard of 1978, which killed 100 people and shut down New England for a month,” he explained. “But in the case of the 2014 storm, the state DOTs in Massachusetts, Rhode Island, and Connecticut coordinated our response efforts and integrated maintenance of the I-95 highway segments we were responsible for. By planning ahead and pooling our resources, we had the parts of I-95 we controlled reopened in a day or so. Those are the types of lessons we need to share, especially with all the wildfires occurring our West.”

Lewis added that the meeting also aims to bring together all levels of leadership within state, county, and city DOTs – chief executives, heads of planning, chief engineers, among others – together with elected officials to jointly tackle a range of other resilience-related issues, such as managing statewide evacuations during extreme weather events such as hurricanes and floods.

“We’ll also be discussing cybersecurity as well, because that’s a real issue that can be very disruptive as we at the Colorado DOT discovered earlier this year,” he stressed. “We need to plan for it and develop tools to minimize and mitigate such events.”