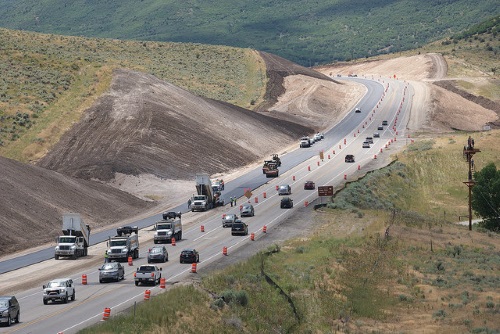 Despite a report from the Energy Information Administration in July that projected a decline in gasoline prices for the rest of 2018, the CEA report emphasized that more domestic energy production is needed to offset what it called “fluctuations in global energy markets.”

As an example of the size and scope of that demand, the CEA said more than 3.6 million heavy-duty trucks are needed to transport 10.5 billion tons of freight across the nation on an annual basis; movement that consumes more than 15 billion gallons of gasoline and nearly 39 billion gallons of diesel fuel every year, with the trucking industry paying more than $105 billion for the diesel fuel it burned in 2015.

“Crude oil prices are determined by global demand and supply [and] if an oil producing country stops or slows its production, this change disrupts the international and domestic crude oil supply, causing prices to increase,” CEA noted in its report.

“Such a disruption can be caused by geopolitical events [with] recent actions causing an already unstable Middle East to become even less predictable,” it said. “While American consumers are now much well-insulated from these events thanks to increased domestic production, these incidents have directly affected global energy markets and will continue to do so here in the U.S., as long as oil is transported into the country from foreign nations.”

For state DOTs, fuel costs make up a large portion of the operating budgets for their vehicle fleets – especially snow plows. And a rough winter season can significantly increase those costs, especially if the price of fuel climbs as well.

For example, a survey conducted by the American Association of State Highway and Transportation Officials in the aftermath of the 2014-2015 winter season found that 23 state DOTs spent $1.131 billion during a six-month period on snow removal operations with a fleet of 24,000 state and/or private contractor-owned equipment.