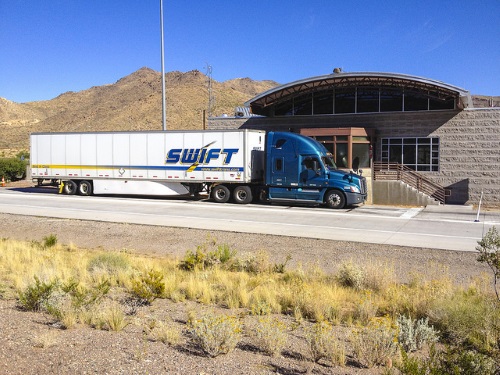 The Federal Motor Carrier Safety Administration plans to revise four specific areas of current hours-of-service or HOS rules governing commercial trucking operations in the United States – change that could impact state department of transportation fleets, especially if those fleets use the 100 air-mile short-haul exemption clause within those regulations.

The agency said its Advanced Notice of Proposed Rulemaking, released for a 30-day public comment period Aug. 21, “responds to widespread Congressional, industry, and citizen concerns” regarding “unnecessary burdens” placed on truck drivers. The four specific areas under consideration for revision are:

Avery Vise, vice president of trucking industry research at FTR Transportation Intelligence, told the AASHTO Journal that companies operating heavy trucks governed by the HOS rules “will get more productivity” out the proposed changes, though the amount of added productivity is highly dependent on the type of trucking operation involved.

“By far the short-haul exemption changes will impact state department of transportation changes the most,” he said, with short-haul operators gaining somewhere between 5 percent and 7 percent in productivity as a group.

But such gains can be “vastly different” depending on the segment and on the total trip time involved, stressed Jonathan Starks, FTR’s chief intelligence officer.

“If you can squeeze one more additional trip in with the additional hours, then you get a big increase in productivity,” he explained to the AASHTO Journal. “But if you can’t, then it doesn’t change your productivity at all. That’s because the requirement to return to the work base [for the 100-mile exemption clause] causes an additional constriction that isn’t seen in the over-the-road segment.”

Non-freight hauling operations would obviously gain from the two-hour increase in short-haul on-duty time, Starks said – a bump up of approximately 16.7 percent in pure time. “But that’s only going to be in certain circumstances, such as snow-plowing operations, where that extra time can be very beneficial,” he noted. “Most of the time, there are going to be other rules or operational constraints that preclude using those extra hours.”

Overall, the changes being proposed by FMCSA are also in line with the “collaborative” philosophy espoused by Raymond Martinez, the agency’s administrator who gained confirmation to the position in March this year

“I hope that one of my biggest accomplishments as Administrator will be serving a good listener and a good collaborator,” he noted in a speech at the New York State Truck Safety and Education Symposium and Safety Exhibition in early April.

And Martinez stressed that his approach at FMCSA would be “informed” by his prior experiences chairman and chief administrator of the New Jersey Motor Vehicle Commission and commissioner of the New York State Department of Motor Vehicles.

“We can promote a culture of safety with a strong partnership between business and government,” he stressed in his prepared remarks. “Our message is the same: We are here to listen and engage, not simply speak. We want to support this industry’s indispensable work that is so vital to our economy while, at the same time, maintaining our focus on safety.”