Hawaii DOT Prepares for the Impact of Hurricane Lane 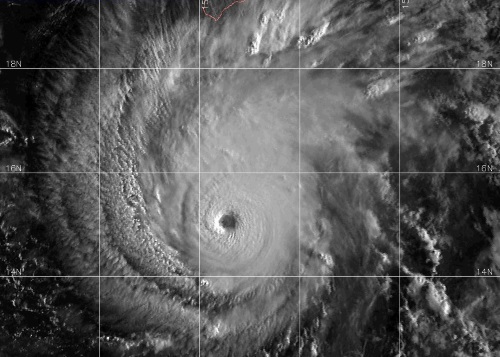 The Hawaii Department of Transportation engaged in a series of preparatory activities to pre-position personnel and equipment for storm-recovery work this week as the Trump administration issued a disaster declaration for the Hawaiian Islands on Aug. 22 ahead of the arrival of Hurricane Lane. Parts of the hurricane began hitting Hawaii’s largest island Aug. 23.

HDOT’s airports division topped off the fuel tanks of motor vehicles, emergency generators, pumping stations, and other equipment, while prepping “emergency fuel” supplies for possible deployments. It also “strategically placed” heavy duty equipment to ensure availability after the hurricane made landfall, the agency noted in a statement, while coordinating with airlines to ensure they had secured their equipment prior to the storm’s arrival.

Meanwhile, HDOT’s harbors division worked in coordination with the U.S. Coast Guard to ensure boats were properly secured to piers, oil and other materials that might have resulted in contamination of harbors via “wave action” was secured or disposed of.

Once equipment and vehicles were prepped for “heavy use,” which included restocking supplies needed for road clearing and other maintenance actions. HDOT said it then staged them and personnel for potential deployment to areas hit by Hurricane Lane. The agency also “modified” the operations of certain road corridors that experienced recent rockfalls or landslides, specifically the Kuhio Highway (Route 560) on the north shore of Kauai and Pali Highway at the tunnels.

“Modifications may include, but are not limited to, lane restrictions or road closures,” Hawaii DOT said. “[We urge] the public to make their hurricane preparations and stay off the roads during the anticipated arrival of high winds, heavy rains, and storm surge associated with tropical cyclones.”

The agency also shut down all “contraflow” and “Zipper lanes on all of the Hawaiian Islands for Aug. 23 and Aug. 24, adding that its Freeway Service Patrol on Oahu would not be running during the lead up and possible landfall of Hurricane Lane.

Early reports from Hawaii DOT indicate some highway flooding and minor damage from tree falls and rock slides has occurred so far, with maintenance crews continuing to clear roadway drains and culverts, while the left lanes of the H-3 Freeway at the Harano Tunnels will remain closed for equipment staging until it is deployed or no longer needed.

Gov. David Ige warned residents and visitors in a statement that hurricane conditions are “unpredictable” and urged people to take every precaution to protect their health and safety.

“We are expecting large amounts of rain, flooding, and high winds. There will be significant impacts even if the hurricane doesn’t hit us directly,” he said, noting that Federal Emergency Management Agency, county and state emergency teams are in place and prepared, so remain calm and keep updated on the storm.

“Families should be prepared to shelter in place and have 14 days of food, water and supplies,” Gov. Ige added.

The Governor also closed Hawaii public schools and Department of Education offices Aug. 23 and Aug. 24 ahead of the storm, while noted that the Hawaii DOT would keep the island chain’s 15 airports and their runways “open and accessible” barring any “infrastructure damage or debris” that would make flight operations unsafe.

Hurricane Lane will be the third major natural disaster the Hawaii DOT has dealt with this year.

First came major flooding and mudslides triggered by heavy rains on April 14 that closed off sections of the Kuhio Highway, with repair costs from that weather event expected to exceed $80 million.

That was followed by eruptions from the Kilauea volcano, which started on May 3 and generated heavy lava flows that destroyed homes and roadways before officially “calming down” on Aug. 20.

[Side note: The AASHTO Journal filed a video report on Hawaii DOT’s initial response to the Kilauea volcanic eruptions in June, which can be seen below.]