New Study Says Taxi Drivers, Not Truckers, Will be Displaced by Autonomous Vehicles 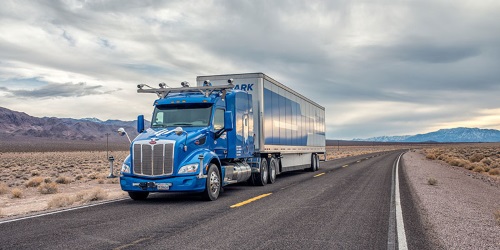 Texas A&M Transportation Institute, “significant numbers” of fully-autonomous vehicles are not projected to be deployed until the latter half of the 2020s. At that point, “some displacement” of passenger car-based driving jobs could occur, mainly among taxicab drivers, but only a “modest number” of truck driver jobs, if any, will be affected.

“Due to existing truck driver worker shortages and the belief that automated technology will largely support truck drivers instead of replacing them, truck drivers are not likely to be displaced in large numbers during the next 10 years,” noted Shelia Cotten, MSU Foundation Professor at Michigan State University, who led the research.

Also, limousine and bus/transit drivers who are executing services that “necessitate face-to-face interaction” or “passenger assistance,” such as luxury services and paratransit, are “less likely” to be displaced by automated vehicles in the foreseeable future, she added in the report, published Aug. 7.

“Automated vehicle technology could incorrectly be viewed as a change that will eliminate driving jobs; however, the more nuanced assessment is that over the next decade the innovation will foster broader societal changes resulting in shifts in the workplace and workforce demands,” Cotton pointed out.

Additionally, automated vehicle technology “has the potential to lead to the creation of thousands of new jobs in the engineering, data analysis, cybersecurity and vehicle ‘monitoring’ areas,” she said.

The American Center for Mobility is a non-profit testing, education and product development facility for future mobility and is one of 10 USDOT-designated automated vehicle proving grounds in the country. Kirk Steudle, director of the Michigan Department of Transportation and president of the American Association of State Highway and Transportation Officials from 2011 to 2012, is currently serving as interim chief executive officer and president of the ACM.