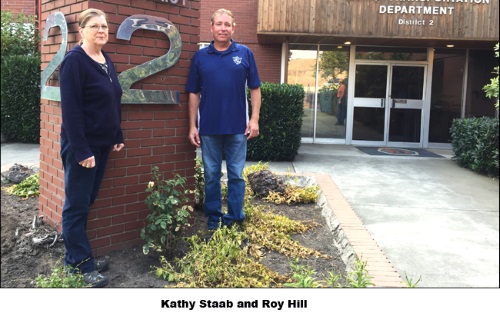 To save money for the Idaho Transportation Department – and for taxpayers – to renovate two highway buildings stationed on U.S. 12 along remote portions of the Lochsa River, Roy Hill, District 2 structures and fleet manager for the agency, decided to get “creative” with the bidding process and form what he described in a statement as “piggybacking” contracts.

“The idea is to allow contractors to bid on projects that are close to each other to reduce their overhead and mobilization costs so that they can pass on those savings,” Hill explained.

In the first trial run of the process, he said contractors had three options to prepare bids: the first project by itself, the second project by itself and then the combined bid for both projects with an additional line item for a deduction.

The contract allowed for the award of any of the three options individually, and in this case, the contract went to the combined bid for a savings of $5,000.

The ITD said Hill’s endeavor was supported by Contracting Officer Todd Sorenson, who refined the “piggybacking” contract to comply with Idaho state statutes, with Kathy Staab, a buyer for the agency, helping bidders understand this option in order to gain multiple solicitations.

“In this case the environment became more competitive,” Hill added. “If we do this more often, more contractors will likely try the combined bid to increase their savings, and ultimately, the state’s.”