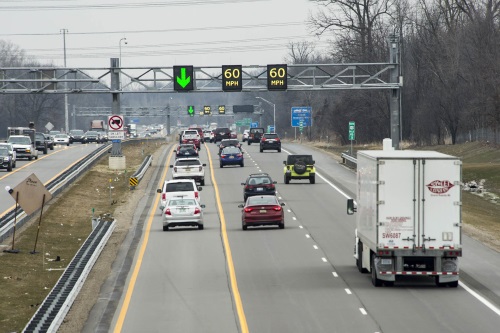 Eight transportation projects in five mid-America states won awards during the fourth and final regional America’s Transportation Awards competition, with the three highest-scoring ones moving on to compete among the “Top 12” projects in the country for two “Grand Prize” winning designations that will be announced at the American Association of State Highway and Transportation Officials Annual Meeting in Atlanta on Sunday, Sept. 23.

Those projects encompassed a wide-range of transportation endeavors, including: engaging small businesses through a “first of its kind” training program; replacing bridges to reconnect communities after major flooding; increasing mobility through a $2 billion overhaul of the most popular Amtrak route in the Midwest; and modernizing an aging freeway to improve safety and economic development.

“State DOTs are committed to making America safer, better and stronger by improving connections between communities both large and small, urban and rural,” noted John Schroer, president of the American Association of State Highway and Transportation Officials and commissioner of the Tennessee Department of Transportation, in a statement. “The transportation projects in this competition are part of a national multimodal network that is moving millions of people and tons of goods where they need to go every day.”

The Mid America region winners are:

The Missouri DOT’s Route 65 rebuild, the Michigan DOT’s US-23 Flex Route, and the Illinois DOT’s Interstate 55 and Lake Shore Drive Interchange were the highest-scoring projections in the mid-America competition and moved on to compete in the final “Top 12” phase of the 11th annual America’s Transportation Awards event.