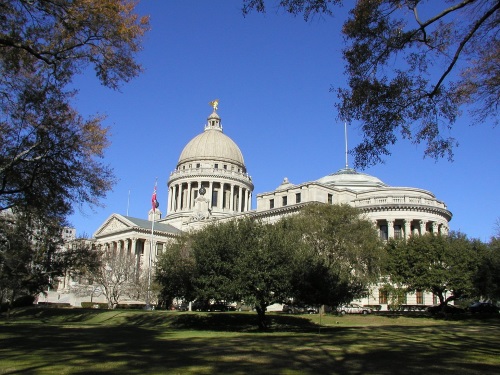 Mississippi Gov. Phil Bryant this week signed a new infrastructure funding bill that was passed during a special legislative session on Aug. 30. Gov. Bryant had called for the special session focused on transportation infrastructure funding, resulting in the Mississippi Infrastructure Modernization Act of 2018 or MIMA that, among other things, will create a state lottery system from which monies for the next 10 year will go towards road and bridge repair needs.

According to analysis by the Mississippi Economic Council, the act creates several funding sources for transportation infrastructure projects to draw upon.

First, the new law diverts 35 percent of a new 7 percent “use tax” for internet and out-of-state sales to local governments for bridge repairs. It then divides up the “use tax” with 15 percent going to cities, 15 percent to counties, and 5 percent to the “local system bridge program” for maintenance needs.

Then, along with a new tax on hybrid and electric cars, the state will issue bonds to borrow $300 million, with $250 million of that money going to the Mississippi Department of Transportation for emergency projects and $50 million to be spent on projects “deemed necessary” by the state legislature.

Finally, the act helped create new lottery legislation – named the Alyce G. Clarke Mississippi Lottery Law after the legislator who long advocated for it – which will dedicate the first $80 million it generates to Mississippi’s state highway fund for 10 years for road and bridge maintenance work, with that money to be used with matching federal funds when available.

The MEC said it is expected to take anywhere from a year to 18 months to set up the lottery in Mississippi and that any lottery revenue collected above $80 million will only be used to fund education initiatives.

“This is a historic day in Mississippi. Lawmakers rose to the occasion and passed the last part of a sustainable infrastructure funding mechanism that will also provide additional money for public education,” noted Gov. Bryant on his Twitter feed after signing the legislation into law. “I appreciate the hard work by everyone involved in the legislative process and look forward to continuing to work together to help Mississippi reach her full potential.”