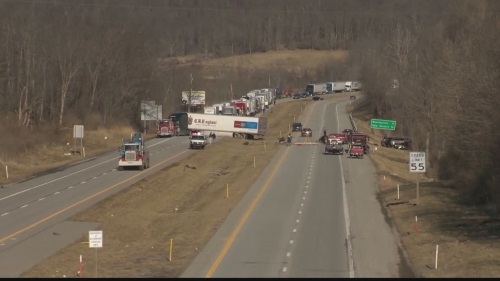 “Traffic crashes and ‘struck-by’ incidents are the leading causes of injury and death for highway workers, police officers, firefighters, emergency medical personnel and towing and recovery workers,” noted Secretary Leslie Richards, head of the Pennsylvania Department of Transportation, in a statement. “Reducing incident clearance times on our roadways will improve responder safety while also keeping traffic moving and travelers safe.”

PennDOT noted that the PennTIME concept grew out of a 2016 traffic-incident management summit hosted by the Pennsylvania Emergency Management Agency. At that event, the successes and challenges Mid-Atlantic response agencies faced when implementing statewide traffic-incident management or TIM initiatives were discussed and Pennsylvania officials attending that summit agreed in principal to craft a statewide response model.

PA Turnpike CEO Mark Compton said in a statement that enhanced coordination and training among responder agencies will decrease the time it takes to respond to and clear highway incidents.

“Each day, in Pennsylvania alone, we see 355 reportable crashes that cause three fatalities and 227 injuries, on average,” he explained. “We can do better. Today, these five agencies — and others on the team — are taking a meaningful step towards improving highway worker and responder safety and making roads safer for all who use them.”

Lieutenant Colonel Robert Evanchick, acting State Police commissioner, added that PennTIME will help “synchronize” a multitude of organizations, jurisdictions and governments that encompasses a mix of rural and urban environments, volunteer and paid response companies and personnel from state, county and local agencies.

“Coordinating traffic-incident management has been challenging in Pennsylvania because our roadways fall under different jurisdictions and involve many responding entities, each with different protocols,” he said. “While each entity has distinct functions and responsibilities, organizing via a multi-disciplinary approach is crucial to develop and operate a successful statewide incident-management plan.”