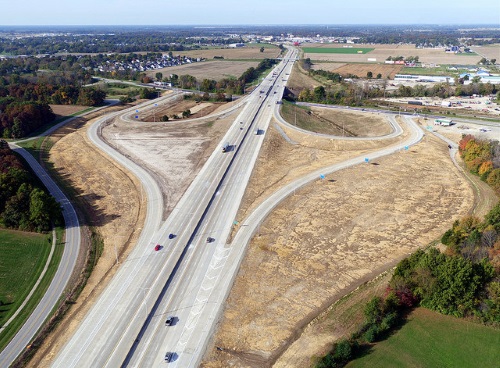 New research conducted by the Insurance Institute for Highway Safety indicates that lowering the speed limit by 5 mph on city streets can improve safety for motorists, pedestrians and bicyclists alike, while a separate study conducted by the Illinois Department of Transportation convinced the agency to reduce speed limits along certain stretches of two major highways by 10 mph.

The IIHS study focused on Boston, Massachusetts, which lowered the default speed limit on city streets from 30 mph to 25 mph beginning January 9, 2017, after the Massachusetts legislature amended state law in 2016 to allow cities and towns to lower speed limits from 30 mph to 25 mph on municipal roads in densely populated areas or business districts. Unless otherwise posted, the speed limit on all Boston roadways is 25 mph, the group noted.

IIHS said its researchers looked at vehicle speeds in Boston before and after the lower limit took effect and compared them to control sites in Providence, Rhode Island, where the speed limit remained the same.

The study sites in both Boston and Providence included arterials, collectors and local roads and the group noted all of the sites were similar in that they had no more than one lane per direction and were located away from intersections on relatively flat, straight road segments and at least a half-mile away from any school or speed feedback sign.

The group said high travel speeds increase the risk of crashing and the risk of injuries when a crash occurs and that speeding – defined on police crash reports as exceeding the posted speed limit, driving too fast for conditions, or racing – has been a factor in more than a quarter of U.S. crash deaths for more than 30 years. In 2016, IIHS noted that the percentage of U.S. crash deaths related to speeding was higher on roads with 35 mph or lower speed limits than on roads with higher speed limits; some 33 percent vs. 26 percent.

“Speeding occurs on roads of all types, not just highways and freeways,” added IIHS President David Harkey in a statement. “Even on lower speed roads, speeding can have deadly consequences, especially for pedestrians and bicyclists. Some cities are lowering speed limits to reduce the risks for these vulnerable road users, who are increasingly dying in crashes.”

The study didn’t examine how lowering the speed limit affected crashes in Boston, but that’s a next step, he pointed out.

The Illinois DOT took that step in its study of speeds on I-74 and I-57 in the Champaign-Urbana area and concluded that, given the current prevailing speeds, crash rates and number of interchanges, a reduction of the posted speed limit from 70 mph to 60 mph along a portion of I-74 connecting to I-57 was justified. “Reducing the speed limit of through traffic to closer to that of traffic from interchanges gives drivers more time to react, thereby reducing the severity of a crash or avoiding one altogether,” the agency stressed.

IIHS said in its research that, outside of urban areas, speed limits are on the rise as 41 states have speed limits of 70 mph or higher on some portion of their roads. The group also noted that a study it conducted in 2016 showed that increases in speed limits from 1993 to 2013 in those 41 states resulted in 33,000 fatalities.

Check out the latest publications available from AASHTO and order your copies today.

Welcome to Monday! All of your transportation headlines are here to help you get your day going - only in the AASHTO DTU. Want them delivered to your inbox every week day? Sign up now ⤵️