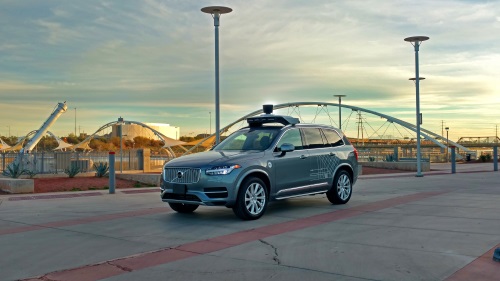 Researchers with the Brookings Institution outlined in a blog post on Sept. 4 that ride-sharing programs, which include those using cars, bicycles, and electric scooters, along with self-driving vehicles can fill in “gaps” that exist in urban transportation networks – specifically public transit systems – though more detailed data is required to do so effectively.

“Without hard numbers on how long [ride-sharing] cars spend waiting for passengers, cities must estimate what number of vehicles best serves customers without overcrowding streets,” noted Jack Karsten and Darrell West, respectively a research analyst and vice president and director of governance studies for Brookings’ Center for Technology Innovation.

“Vehicles may also crowd the densest parts of cities to get the most fares, which worsens congestion but does not expand geographic coverage,” they said. “Without data on the origin and destination of rides, cities must also guess at how ride-sharing fits into a local transportation network. Sharing data with cities would allow ride-sharing companies and cities to arrive at a number of vehicles that solves these public policy goals.”

They noted that while artificial “caps” and added fees placed ride-sharing vehicles – similar to what New York City implemented in mid-August this year – might reduce traffic congestion, they would fail to expand access to transportation in underserved parts of a city. “A more efficient solution might be a straightforward congestion tax on any vehicles driving downtown,” Karsten and West argued. “A congestion tax would generate funds for transportation infrastructure without discriminating between personal vehicles, taxis, or ride-sharing.”

Still, like a cap, such taxes would also reduce the benefits of ride-sharing services, they pointed out. “Commuters who live far from city centers and subway stations would still have few transportation options beside a personal vehicle,” Karsten and West said. “Caps on drivers and taxes on rides might reduce congestion, but would fail to expand access to transportation in underserved parts of a city.”

They noted using GPS location data to limit the range of ride-sharing trips outside of city centers – a process called “geofencing” – could mimic the effects of a congestion tax without having to impose one.

“Commuters needing to travel downtown in cities with public transportation like New York City could take ride-sharing to their nearest subway station, take a train downtown, and then a taxi, scooter, or bike for the last leg of the trip if needed,” Karsten and West said. “Geofencing would also work with self-driving cars, which could serve as the first- and last-mile for trips to and from city centers. [But] for geofencing to accomplish its goals, each mode of transportation would need to work together: the entire network is only as strong as its weakest link.”

And that is where data-sharing would play a most-critical role, they stressed.

“Sharing data with cities would allow ride-sharing companies and cities to arrive at a number of vehicles that solves these public policy goals,” Karsten and West noted.