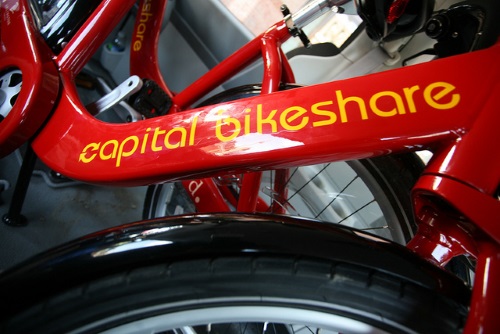 The District Department of Transportation is continuing a series of efforts to spur more “multi-modal” transport options by launching an electric bicycle or e-bike pilot program on Sept. 5, along with extending its “dockless vehicle program” for bicycles and scooters through December of this year.

“Mayor Muriel Bowser consistently challenges us to think creatively about transportation options for District residents,” noted DDOT Director Jeff Marootian in a statement. “As we move forward, DDOT will use the information gleaned from users, non-users, stakeholders and the participating companies to design long-term management policies … while maintaining the integrity and safety of our public space.”

The e-bike pilot, launched under DDOT’s Capital Bikeshare program, added approximately 80 e-bikes to the program’s fleet of 4,300 bikes operated from 500-plus stations in the District of Columbia and nearby Maryland and Virginia suburban cities and counties. DDOT added that its e-bike pilot, which will run through November, integrates “seamlessly” with the existing Capital Bikeshare system and e-bikes can be docked at any station for the same fee as non e-bikes.

The agency also noted that new caveats are being added to its “dockless” program for bicycles and scooters through December this year; a cap on vehicles remains at 400 per company and now dockless bikes must have a mechanism so they can be locked to a bike rack or other post to maintain unobstructed pedestrian areas and prevent tipping.

Those efforts are part of an overall agency strategy to support the District of Columbia’s goal of having 75 percent of its trips conducted via non-auto modes by 2032, noted Stephanie Dock, DDOT’s research program administrator

“We have successfully built non-auto mode-share over the past several decades, both in percentage terms and certainly in absolute numbers as the population of the District has grown substantially,” she explained to the AASHTO Journal, adding that, currently, less than 40 percent of D.C. residents use a personal vehicle to get to work.

“That comes through a mix of infrastructure investment that builds out supportive networks of transit, bike lanes/trails, and sidewalks, and through supportive policies and education,” Dock said.

“We need alternative modes to be the norm for a variety of reasons – it is more efficient (walking, biking, and transit move more people through limited right of way), better for public health and the environment (air quality, activity levels). Our design strategies reflect this: we have limited right of way to work with in a historic urban fabric,” she pointed out. “The characteristics of our neighborhoods that make the city more livable – street trees, well-designed public space, sidewalks, and active ground floors, especially in commercial areas – all support more multi-modal access.”