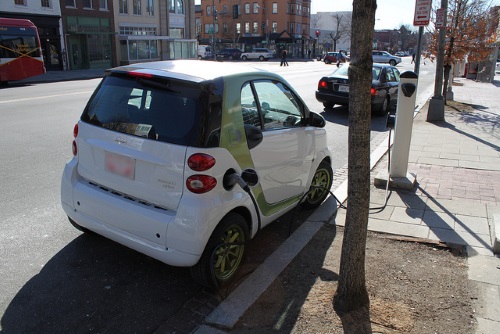 There are “highly distinctive profiles” developing regarding consumers who purchase electric vehicles or EVs, with those “profiles” driving potentially different sets of national, state and local policy goals, according to a new study recently published in the journal Transportation Research Part D: Transport and the Environment.

The lead author of the study, Bradley Lane – an associate professor with the University of Kansas’ School of Public Affairs & Administration – noted in a news release on Aug. 24 that consumers considering the purchase of plug-in hybrid vehicles with a gasoline-powered “backup” engine are most interested in economic benefits EVs provide, while consumers purchasing purely all-electric battery-powered EVs have “stronger environmental concerns.”

The findings could be important as automakers seek to market more electric vehicles and for national, state and local policymakers as they consider changes and any potential incentives for the production and use of the different types of electric vehicles, he explained.

“Our findings inform the misconception and show that electric vehicles are not a homogeneous entity,” Lane noted. “There are distinctive profiles of potential users for whom a plug-in hybrid is attractive and another for whom a battery electric is attractive. And these are two very distinct groups, similar to how there is a group of users who are attracted to a sport-utility vehicle and a separate group attracted to an economy car. So after about 10 years into significant policy and investment, there are still a lot of unknowns about these vehicles from the viewpoints of the consumers.”

He added that the “global stock” of plug-in electric vehicles has grown from virtually zero in 2010 to more than 2 million units by 2016, and in 2017 about 200,000 new plug-in EVs were sold in the United States, which was a 26 percent increase over 2016 and a 72 percent increase over 2015. The growth is rapid, but they still account for a small share of total new vehicle sales, Lane emphasized.

“This research helps tell us how the technology has to advance in order for more of these vehicles to contribute to short-range policy goals and making them more financially viable for companies understanding how to market and sell them,” he noted.

For example, drivers who preferred the plug-in hybrid vehicles with a gasoline backup engine prefer the “familiarity and convenience” of being able to quickly refuel at a standard filling station at will rather than being dependent on finding an electric charging station.

“The data indicate that this group of people tends to view plug-in hybrid vehicles from a much more economically rational viewpoint,” Lane said. “They register as having high household gasoline expenditures, or take longer trips, and they are reliant on their vehicles. So their interest in plug-in hybrids comes from their potential to reduce household travel expenditures with their next vehicle.”

Also, this group of drivers is more concerned about potential unpredictable trips and use of the vehicle, and they seem to be more comfortable with having a vehicle with a gasoline engine as a backup, he noted; a “deeply ingrained perception,” Lane pointed out, that offers implications for policymakers in cities considering the placement and availability of public electric charging stations.