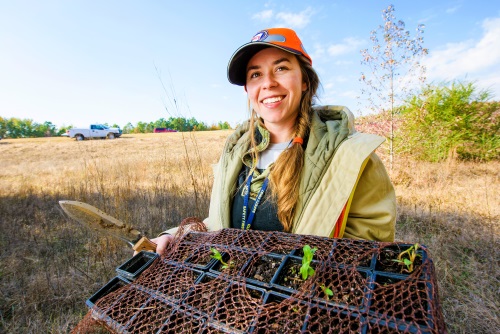 As the Council on Environmental Quality sorts through 12,514 comments submitted for its advanced notice of proposed rulemaking issued June 20 aimed at updating the “procedural provisions” of National Environmental Policy Act or NEPA reviews for transportation projects, the main focal points from state departments of transportation and related organizations is on how to “streamline” such reviews, especially in terms of reducing the amount of required documentation, while creating more “flexibility” within the NEPA rules.

“As the CEQ’s NEPA regulations have not been comprehensively updated in nearly four decades … updates are needed to reflect new technologies, such as: the emergence of the internet; new legal requirements, such as the enactment of 23 U.S.C. 139 and other federal laws that seek to streamline the NEPA process, as well as laws allowing assignment of NEPA responsibilities to States; and evolving practices for environmental impact analysis, public involvement, and agency coordination,” noted John Schroer, president of the American Association of State Highway and Transportation Officials and commissioner of the Tennessee Department of Transportation, in a letter submitted Aug. 14.

Among the 20 suggestions AASHTO submitted in its letter was a call to revise Section 1501.5 of the NEPA statutes so as to establish a “lead federal agency” by default based on the type of project under consideration.

“For example, the Federal Highway Administration – or a state acting as FHWA, pursuant to NEPA assignment – would be designated as the lead federal agency for federally funded highway projects, unless the federal agencies involved in the project agreed that a different federal agency should take the lead,” Schroer said.

AASHTO also requested that “CEQ regulations should not impose additional coordination requirements beyond those in existing law. Specifically, the CEQ regulations should not require lead agencies to obtain written concurrence from other agencies at defined milestones in the NEPA process – and if “concurrence points” are used, it should be at the discretion of lead agencies and project sponsors, the group noted.

Roger Millar, secretary of transportation for the Washington State DOT, emphasized in comments submitted on Aug. 20 that “concurrent review” is not always feasible or efficient, meaning that federal agency leading a NEPA review may be able to appropriately complete NEPA at 5 percent design, thereby allowing the project to proceed with early stages of project delivery, whereas a regulatory agency often needs much more site-specific details at 70 percent or more of the design.

“Requirements that tie the two reviews together can have the opposite effect, delaying the NEPA decision,” Millar noted.

Other suggestions offered by AASHTO included the development of “more focused” NEPA documents that are useful to decision-makers and understandable to the public at large, as well as limiting reviews by “authorizing agencies” to issues that are “truly significant to the action in question.”

“The CEQ should provide flexibility to take advantage of new and emerging technologies to make the NEPA process more inclusive and efficient, including through electronic publication of NEPA documents and electronic methods of public involvement,” Schroer noted in AASHTO’s letter. “This can be done by allowing individual federal agencies to determine appropriate methods through their own regulations, rather than prescribing them in CEQ’s regulations.”

Leah Pilconis, senior counsel for construction and environmental risk management for the Associated General Contractors of America trade group, stressed in comments submitted on Aug. 20 that “there is a problem with delay under NEPA” as the “current implementation and management system has strayed too far from the statute’s initial intent, as evidenced by the unacceptable amount of time it takes to finalize an Environmental Impact Statement (EIS) and publish a Record of Decision (ROD).”

Pilconis noted that according to the U.S. Government Accountability Office, the average time to complete an EIS under NEPA is more than four and half years, while a 2016 Department of Energy report estimated that it takes an average 49 months and $4.19 million to complete an EIS, with the overall NEPA process taking 70 months and costing $4.5 million.

That’s partly because even “minor changes” or “adjustments” to a project’s design or location – such as small additions or changes to right-of-way, small temporary or permanent easements or drainage pond features to accommodate schematics – can trigger additional rounds of “lengthy re-evaluation” at the federal and state level and even possibly a supplemental EIS, AGC said.