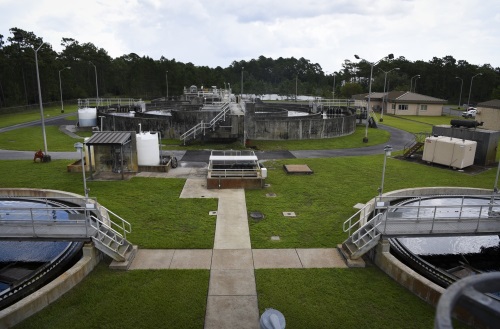 The House of Representative’s Transportation and Infrastructure Committee and the Senate’s Environment and Public Works Committee successfully reconciled their respective bills on water resources infrastructure spending to craft the America’s Water Infrastructure Act of 2018.

The full House approved the legislation Thursday afternoon, Sept. 13, by a vote of 377-20 and sending it on to the Senate for consideration.

In a joint announcement made on Sept. 10, the House and Senate committees focused on four key provisions or “titles” within the Act:

“America needs comprehensive water infrastructure legislation that will cut Washington red tape, create jobs, and keep communities safe [and] we have reached a bipartisan agreement with the House … to accomplish these important goals,” noted Sen. John Barrasso, R-Wyo., chairman of the EPW committee, within the joint statement. “This bill will help rural communities and cities.  It will grow the nation’s economy and speed up important projects.”

“Water Resources Development Acts – WRDAs – are critical to building the infrastructure that moves goods, grains, resources, and energy products throughout the entire nation, from our coasts to the interior and everywhere in between,” added Rep. Bill Shuster, R-Penn., the outgoing chairman of the House’s T&I Committee. “WRDA, as included in the America’s Water Infrastructure Act of 2018, will ensure that we stay economically competitive with other countries.”

Democrats on both the Senate and House committees also voiced their support for the reconciled legislation.

“I’m glad members of both the Senate and House were able to find areas of agreement and reach a compromise on a major water infrastructure bill that will create good-paying jobs here at home, incentivize businesses to buy and use American products, invests in critical infrastructure like our country’s ports and waterways, and expands our investments in drinking water for the first time in more than two decades,” he added. “This legislation also creates greater transparency and improves collaboration between local and federal governments to ensure taxpayer dollars are being used efficiently.