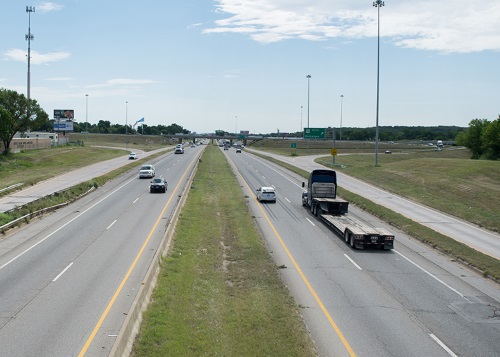 On Sept. 10, the Oklahoma Transportation Commission approved “updated infrastructure plans” submitted by the Oklahoma Department of Transportation that call for nearly $6.5 billion in “planned work” on state bridges and highways for the next eight years. The commission also approved a County Improvements of Roads and Bridges or CIRB five-year work plan that will spend $877 million to address the needs of 344 local bridges and 833 miles of county roads.

“It’s very exciting to be in the position of delivering on the promise of getting our highway bridges in a manageable condition after decades of having some of the worst bridges in the nation,” noted Mike Patterson, Oklahoma’s secretary of transportation and ODOT’s executive director, in a statement.

“Now that state funding has stabilized and the plan has been rebalanced, we’re focusing on the next priorities, which are major highway pavement improvement projects involving mobility issues and further safety improvements that are desperately needed statewide,” he said.

He noted Oklahoma’s eight-year plan suffered an “unprecedented set-back” in 2017 when ODOT had to delay and even remove projects due to the impact of $840 million in cumulative state funding reductions in the past seven years.

However, Patterson said recent actions by the state legislature to stabilize funding along with “careful balancing” by ODOT will help the agency reduce the number of structurally deficient highway bridges in Oklahoma to less than 1 percent by the end of the decade and also allowing for a new focus on pavement projects.

The commission also gave the green light to ODOT’s $473 million “Asset Preservation Plan” for the next three years. Dubbed a “companion piece” to the agency’s work plan, the agency said it encompasses nearly 400 projects addressing 150 bridges and more than 1,220 miles of pavement, along with 44 projects to improve highways to Americans with Disabilities Act standards with curb ramps, traffic signal push buttons for pedestrians, crosswalks and sidewalks.