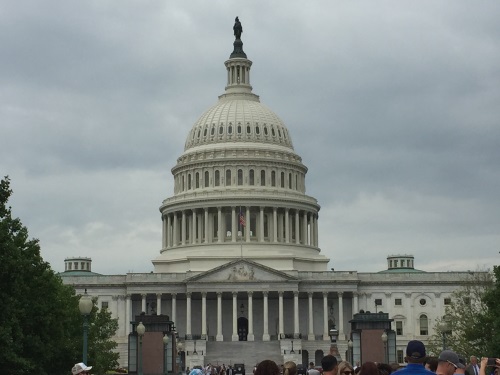 The Senate Appropriations Committee reached a “bipartisan agreement” on the first of three fiscal year 2019 “minibus” spending packages on Sept. 10, with the first package – H.R. 5895 – including key funding increases for ports and waterways projects via Energy and Water Development legislation.

Initially advanced in late May, the fiscal year 2019 Energy & Water Development Appropriations Bill includes more than $44.6 billion in spending, to support U.S. Department of Energy programs and critical infrastructure projects administered by the Army Corps of Engineers and Bureau of Reclamation – including funding necessary to “improve and maintain flood control projects and ensure the viability of national and regional ports and waterways.”

The finalized, bipartisan measure specifically provides the Army Corps of Engineers with more than $6.9 billion, which is $100 million above fiscal year 2018 funding levels. It also provides more than $1.2 billion specifically for the construction of river and harbor projects, flood storm damage reduction, shore protection, aquatic ecosystem restoration, among other endeavors, the committee said.

“Striking a balance between both chambers and parties is never easy, but I am pleased to say we have accomplished that,” noted Committee Chairman Richard Shelby, R-Ala., in a statement.

“I strongly urge my colleagues in the Senate to support final passage this week so we can get this bill to the President’s desk and move to the next minibuses in the queue,” he added. “If we continue to work together in a bipartisan manner we can successfully fund nearly 90 percent of the federal government on time through regular order – something Congress has not been able to do in many years.”

“Boy Scouts shouldn’t get a merit badge for telling the truth, and senators shouldn’t get an award for passing an appropriations bill: that’s what we are supposed to do,” emphasized Sen. Lamar Alexander, R-Tenn., and chairman of the Energy and Water Development Appropriations Subcommittee, in a statement.

“But it is worth noting that for the first time in nearly 10 years, these appropriations bills are on time, and they are also within the budget,” he pointed out. “They will help to keep our country first in science, technology, supercomputing, and will build the ports and waterways that create jobs.”

The White House praised the agreement in a statement on Sept. 12, noting that President Trump “looks forward to signing this legislation and continuing to work with Congress to enact fiscal year 2019 funding … while continuing to show fiscal restraint.”