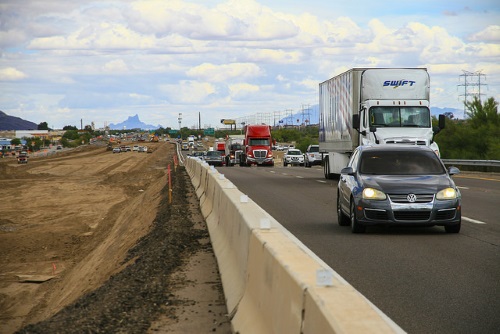 The U.S. Court of Appeals for the District of Columbia Circuit agreed on Sept. 17 to delay implementation of a controversial air quality decision it made eight months ago until February 16, 2019; a decision that provides “breathing room” for states and metropolitan planning organizations to receive guidance on how to comply with revised air quality standards for certain transportation projects.

The delay relates to the decision in a lawsuit brought by the South Coast Air Quality Management District against the U.S. Environmental Protection Agency that found the EPA exceeded its authority in 2015 when it issued a rule making 2008 National Ambient Air Quality Standards or “NAAQS” the sole set of air quality rules transportation projects were required to meet – unilaterally superseding existing 1997 standards.

As a result of the D.C. Circuit court’s verdict in that case this February, 82 “orphan areas” in 24 states that were previously nonattainment or maintenance areas for the 1997 ozone standard but are in attainment under the 2008 ozone standard found themselves having to “re-do” their air quality models to ensure they are in compliance with the 1997 standards as well.

According to an analysis conducted by the American Association of State Highway and Transportation Officials in April, it seemed “highly likely” projects in those 82 areas would be able to re-comply with the 1997 standards as the 2008 standards they already meet are far stricter in nature.

The real issue, however, is the time and cost required to undertake that re-compliance process. The Texas Department of Transportation, for one, estimated that that re-examination of air quality models could take it anywhere from six to 24 months complete, with another agency estimated that the cost to compile such re-analysis would reach $3 million per project.

However, with the D.C. Circuit granting a stay of its air-quality decision South Coast Air Quality Management District vs. EPA case, AASHTO’s policy team said the EPA now has time to compile and issue “guidance” about how transportation conformity determinations are to be made in those 82 “orphan areas,” which they said should be made “soon” as that guidance has been “on hold” pending the outcome of this case.