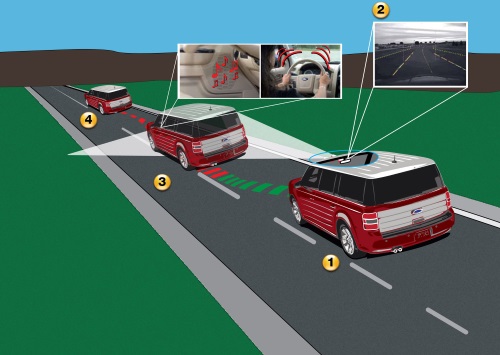 A new 267-page report compiled by the AAA Foundation for Traffic Safety indicates that many motorists are “unaware of the safety limitations” of advanced driver assistance systems or ADAS such as blind spot monitoring, forward collision warning and lane keeping technology. As a result, “false expectations” for ADAS can “easily lead to misuse of the technology or an increase in driver distraction,” the group found.

The group’s research shows the benefits of installing ADAS on all vehicles outweigh the drawbacks, as it estimates that ADAS technologies can potentially prevent more than 2.7 million crashes, 1.1 million injuries, and nearly 9,500 deaths each year.

“When properly utilized, ADAS technologies have the potential to prevent 40 percent of all vehicle crashes and nearly 30 percent of traffic deaths. However, driver understanding and proper use is crucial in reaping the full safety benefits of these systems,” said Dr. David Yang, executive director of the AAA Foundation for Traffic Safety, in a statement, with “lack of understanding or confusion” about the proper function of ADAS technologies potentially leading to “misuse and over-reliance” on the technology, which could result in a deadly crash.

“Findings from this new research show that there is still a lot of work to be done in educating drivers about proper use of ADAS technologies and their limitations,” Yang noted.

For its study, the AAA Foundation commissioned researchers from the University of Iowa to survey drivers who recently purchased a 2016 or 2017 model-year vehicle with ADAS technologies.

They found that 80 percent of drivers did not know the limitations of blind spot monitoring or incorrectly believed that the systems could monitor the roadway behind the vehicle or reliably detect bicycles, pedestrians and vehicles passing at high speeds.

The study also found that reliance on ADAS technology is growing among motorists as about 25 percent of drivers using blind spot monitoring or rear cross traffic alert systems reported feeling “comfortable” relying solely on the systems and not performing visual checks or looking over their shoulder for oncoming traffic or pedestrians.

Another roughly 25 percent of vehicle owners polled in the AAA Foundation survey said that while using forward collision warning or lane departure warning systems they felt “comfortable engaging in other tasks” while driving.

“New vehicle safety technology is designed to make driving safer, but it does not replace the important role each of us plays behind the wheel,” stressed AAA Foundation’s Yang. “The prospect of self-driving cars is exciting, but we aren’t there yet. Automakers have an ethical and important responsibility to accurately market, and to carefully educate consumers about the technologies we purchase in the vehicles we drive off the lot.”