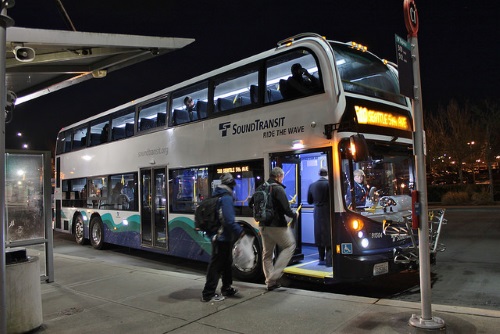 The Federal Transit Administration plans to award $366.2 million in grants for projects aimed at replacing, rehabilitating, and purchasing buses and related equipment, as well as projects for purchasing, rehabilitating, and constructing bus-related facilities, with 107 projects in 50 states and territories targeted for this funding via FTA’s Buses and Bus Facilities Infrastructure Investment Program.

“These grants will help rebuild and modernize bus systems across the country for greater safety,” noted USDOT Secretary Elaine Chao in a statement on Sept. 25.

Among the projects selected to receive funding include WeGo Public Transit in Nashville, Tennessee, which will receive monies for bus replacement and the City of Las Cruces, New Mexico, which gets a grant to construct a new transit maintenance and operations center.

FTA noted that demand for its bus grant program “far exceeded available funds,” as the agency noted it has received applications for 339 eligible projects totaling approximately $2 billion in funding requests. FTA added that in fiscal year 2018, it has awarded more than $15 billion in funding through both formula and competitive grant programs to support public transportation.

The agency also noted that Missouri obtained federal certification of its rail transit state safety oversight or SSO program on Sept. 24 for the Kansas City Streetcar Authority streetcar system and the Loop Trolley Transportation Development District trolley system, which are under the supervision of the Missouri Department of Transportation. MoDOT is also jointly responsible with the Illinois Department of Transportation for providing safety oversight of the Bi-State Development Agency St. Louis Metro light rail system.

With this certification, 25 of 30 states and the 31 SSO programs covered by this rule are now in compliance, the agency said.

The FTA also reiterated in a statement that Federal law requires states with rail transit systems to obtain FTA certification of their SSO Programs by April 15, 2019. By federal law, the deadline cannot be waived or extended.