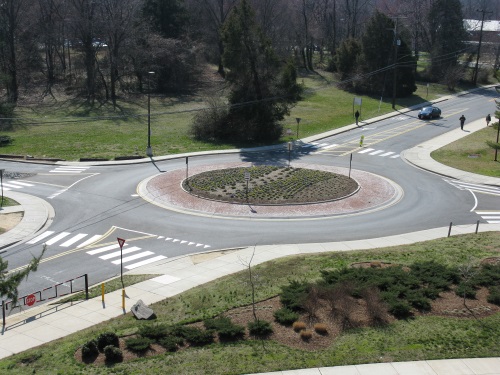 The Pennsylvania Department of Transportation noted Sept. 27 that recent analysis of police-submitted crash reports from 2000 through 2017 shows found that vehicle crashes, injuries, and fatalities all declined at 11 “roundabout” intersections after they were installed.

The agency said in a statement that it reviewed 11 roundabouts on state routes at intersections that were previously controlled by stop signs or traffic lights and that had at least three years of data available before and after the roundabout’s installation.

The results of PennDOT’s study showed that:

In addition to the 11 roundabouts meeting the review criteria, 32 other roundabouts have been installed on state routes and 26 more are in design, according to PennDOT Secretary Leslie Richards

“Our data shows that modern-day roundabouts reduce crash severity and injuries while improving traffic flow,” she said. “This underscores why roundabouts are becoming more commonplace in Pennsylvania and beyond.”