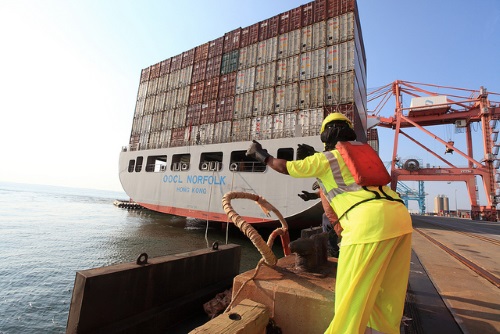 The new United States-Mexico-Canada Agreement or USMCA finalized by the three countries on Oct. 1, updates and replaces the 24-year-old North American Free Trade Agreement or NAFTA with “modern provisions” to “serve the interests of American workers and businesses,” according to a statement by President Trump.

“USMCA is a great deal for all three countries, solves the many deficiencies and mistakes in NAFTA, greatly opens markets to our farmers and manufacturers, reduces trade barriers to the U.S. and will bring all three Great Nations together in competition with the rest of the world,” he said.

Yet the new USMCA deal – which must first be ratified by Congress before it can be implemented – does not address either aluminum or steel tariffs in place between the three countries, which Heidi Brock, president and CEO of the Aluminum Association, said will “create barriers within the integrated North American supply chain that will threaten continued U.S. growth and investment.”

She added in a statement that Section 232 aluminum tariffs “were not addressed” as part of the new deal and are “hurting U.S. aluminum companies” as they are “artificially raising input prices and constraining metal supply, tariffs and quotas risk harming demand, growth and investment in the United States.”

As a result, the group continues to call for a “full exemption – without quotas – for aluminum imports from those countries” as the USMCA is prepped for the Congressional ratification process.

However, news reports indicated President Trump is willing to review current tariffs on aluminum and steel that exist between the U.S., Canada and Mexico, with the president noting in an Oct. 1 news conference that  tariffs would remain in place “until such time as we can do something that would be different, like quotas perhaps, so that our industry is protected. We are not going to allow our steel industry to disappear, it was almost gone.”

U.S. Trade Representative Robert Lighthizer added during that conference that metal tariffs “are a completely separate issue from the trade deal” and reiterated that the U.S. is currently “engaging in talks” with the aim of preserving the current tariff program and protecting industry needs.

Metal tariffs have been a point of concern for state departments of transportation as they could increase the cost of infrastructure projects; an issue Rep. Pete Olson, R-Texas, highlighted in comments made to the AASHTO Journal in June.

“Infrastructure in this country is already expensive – communities struggle not only to have new projects built, but also existing ones properly maintained,” he explained to the Journal via email.

“Every increase in costs makes it harder to get to work and keep Americans and commerce moving,” Olson added. “It also makes it more likely that smaller projects get left behind as the price tag for the highest profile ones start to inflate.”

AASHTO Seeks Flexible Use of ARP Funds for State DOTs