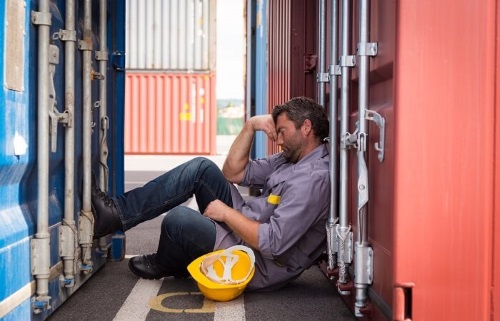 A new 20-page report issued by the National Safety Council on Oct. 1 stated that 69 percent of workers it polled across the construction, manufacturing, transportation, and utility industries said they are “tired at work,” which the group said “increases the risk of injuries and incidents on the job.”

The report, entitled Fatigue in Safety-Critical Industries: Impact, Risks and Recommendations, summarizes the results of two national surveys – one of employers and a second probability-based survey of employees – and found that 97 percent of employers in the transportation sector said they “feel the impact of fatigue,” with 66 percent reporting decreases in productivity and 45 percent saying they experienced “safety incidents” due to fatigue.

On top of that, transportation industry employees who reported at least one risk factor for fatigue cited long shifts (42 percent) and sleep loss (48 percent) as the “most common cause” of their fatigue.

“We’ve been looking at the impact of fatigue in the workplace for a long time, but it is troubling to see just how affected our safety-sensitive industries are,” said Emily Whitcomb, senior program manager of the NSC’s Fatigue Initiatives, in a statement. “When you’re tired, you can be deadly and these industries are already at higher risk because of their safety sensitive jobs. We urge employers to address fatigue risk in their workplace so all employees can be healthy and safe.”

She added that this report is the third in a three-part series exploring the prevalence of fatigue risk factors and safety-critical incidents caused by fatigue in U.S. workplaces

The NSC’s fatigue report noted that the symptoms of fatigue include tiredness, sleepiness, reduced energy and increased effort needed to perform basic tasks. Many factors cause fatigue, the group said, with the most obvious being sleep loss. However, factors in addition to sleep loss can play a role in employees’ ability to get proper rest and how much fatigue they experience, with shift schedules, monotonous tasks, physically demanding work, stress and the work environment are also factors, NSC said.

There are also biological risk factors, the group added, as sleep loss and untreated sleep disorders are risks that employees bring with them to work. “While fatigue is caused by factors that may or may not be within employees’ control, obtaining restorative sleep is the best defense against fatigue,” NSC noted in its report. “Sleep is a basic biological need that is just as necessary as food and water.

Fatigue also affects the ability of workers to think clearly, the group said, and slows reaction time, decreases attention and vigilance, and impacts short-term memory, judgment and other functions. Tired employees are less effective (dubbed “presenteeism”) and more likely to miss work (or “absenteeism”) which creates a drag on productivity, NSC noted.

The group’s report also highlighted fatigued employees are also more likely to make mistakes that cause incidents and injuries. A 2014 meta-analysis of 27 observational studies estimated up to 13 percent of workplace injuries could be attributed to fatigue, and workers with sleep problems had a 1.62 times higher risk of being injured than those without sleep issues. NSC’s report also calculated that lack of sleep costs $410 billion annually in “societal expenses” related to accidents, reduced productivity, etc.

Yet there is a “serious gap” between how the employers and employees in the surveys analyzed by NSC view fatigue and its impact on their safety.

Notably, the group said 93 percent of all employers feel fatigue is a safety issue, but just 72 percent of employees agree.

“This indicates that employees are not good judges of their own fatigue, signaling a need for employers to invest in fatigue risk management systems and empower employees to participate in sleep health programs,” the group said in its report.

Concerns are rising regarding the impact of fatigue on transportation among other organizations as well. The National Transportation Safety Board, for one, has made reducing fatigue-related accidents one of its top ten safety goals in recent years, featuring it as its number two “most wanted” goal for 2017-2018.