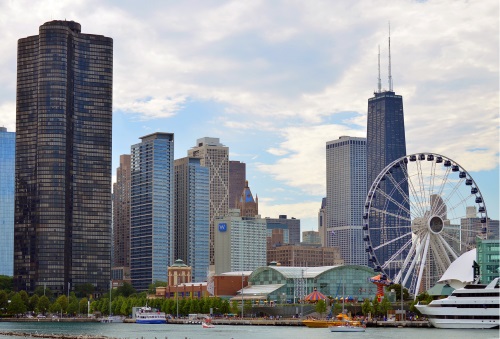 The USDOT held two separate ceremonies on Oct. 1 to officially award Infrastructure for Rebuilding America or INFRA grants in Illinois and California: one for more than $132 million to the Illinois Department of Transportation and the other for $47 million to the Los Angeles County Metropolitan Transportation Authority.

The Illinois DOT’s grant will go toward funding the 75th Street Corridor Improvements and Argo Connections components of the Chicago Region Environmental and Transportation Efficiency or C.R.E.A.T.E project; public-private partnership involving the city of Chicago, state of Illinois, USDOT, and the freight, passenger, and commuter railroads serving the Chicago region.

That money is aimed at fixing several high-priority bottlenecks impacting the rail network in Chicago, which moves more than two million railcars a year, USDOT said.

The $47 million grant to the Los Angeles County Metropolitan Transportation Authority is for the Interstate 5 Golden State Chokepoint Relief Program to add “much-needed capacity to reduce the congestion on the I-5” and help increase the flow of freight, noted USDOT Secretary Elaine Chao in a statement.

The I-5 specifically will add 13 miles of high occupancy vehicle or HOV lanes and 2.7 miles of new truck lanes, as well as improving bridges. It will provide greater access to the Los Angeles metropolitan area for passenger and freight traffic.