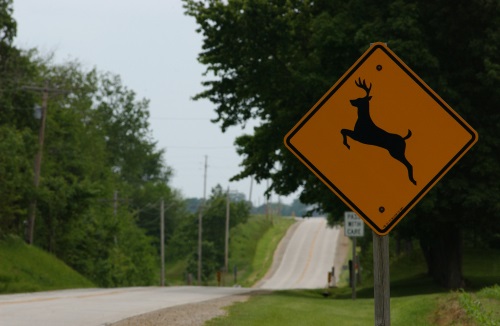 The 16th annual State Farm deer-vehicle collision study, released on Oct. 1, indicates that U.S. motorists are less likely to be involved in a collision with a deer, elk, moose, or caribou in 2018 compared to previous years – and this despite the fact that there are nearly four million more licensed U.S. drivers in 2018 compared to 2017 and that vehicle miles travelled or VMT has increased, according to Federal Highway Administration data.

Yet the costs to motorists of collisions with deer or related animals is rising, according to news reports, as damage caused by an encounter with said types of animals – a male deer can weigh up to 300 pounds – jumped $162 to $4,341 per claim from 2017 to 2018 period.

In terms of states where the chances of hitting a deer is highest, State Farm said that for the 12th consecutive year, West Virginians were most likely to hit a deer. However, the likelihood of having an insurance claim involving a deer was one in 46 for West Virginia drivers; down three points from 2017.

The insurance company noted that the chance of hitting a deer or other large animal doubles in the fall, with November, October and December, in that order, as the months for the highest number of claims nationwide.

Yet those “high claim” months can vary depending on the state and its particular type of deer population.

For example, the Wisconsin Department of Transportation noted earlier this year that June is the month when the chances of a deer-vehicle collision are greatest within its borders

Deer activity increases in June as females search for places to give birth and young deer separate from their mothers, the agency said, and while crashes between deer and motor vehicles tend to peak in the fall – just as State Farm’s data indicates – June is typically when motorists are most likely to be injured in a deer/vehicle crash in Wisconsin

“It’s that time of year when we see an increase in traffic volumes, in vehicle speeds and deer activity,” noted David Pabst, director of WisDOT’s bureau of transportation safety, in a statement. “The best advice to prevent deer crashes and protect yourself is to be alert, slow down, buckle up – and if you’re motorcycling – always wear protective equipment.”