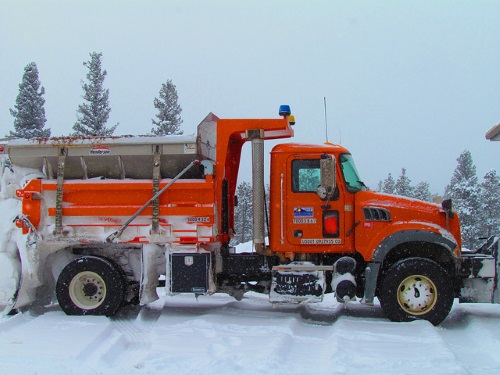 A new study compiled by research firm IHS Markit projects that diesel will remain the “primary fuel” of commercial vehicles for the foreseeable future, with 66 percent of new medium- and heavy-duty trucks sold nationally predicted to be equipped by diesel-only or diesel-hybrid powertrains in 2040, compared to nearly 80 percent today.

Yet while diesel will “remain dominant,” the firm’s report – entitled Reinventing the Truck – also predicts that U.S. demand for battery-electric vehicles or BEVs, particularly medium-duty trucks, will experience a 15 percent compound annual growth rate through 2040. That growth will be driven by increased demand for “urban trucking” and advancements in battery technology, particularly among Class 4 and 5 medium-duty trucks with lighter payloads.

But the study also noted that total cost of ownership of BEVs will “struggle in competitiveness” compared to diesel and natural gas powertrains. Additionally, the weight requirements of an all-electric truck’s battery pack will engender a “large cargo capacity penalty,” it said.

That’s no surprise to Christopher Volkert, fleet/equipment asset manager for the Colorado Department of Transportation, who told the AASHTO Journal by phone that “diesel engines are built to do heavy work over long periods of time,” with their low-end torque making trucks equipped with diesel powertrains “more conducive” to pushing snow, hauling rock, and other duties associated with highway maintenance.

He added that the Colorado DOT operates a fleet of roughly 900 heavy-duty Class 8 snow plow trucks – vehicles that require operators to have a commercial driver’s license – supported by 100 mechanics positioned in eight maintenance sections across the state.

“We do ‘double duty’ with our dump trucks all year long – in the summer, handling [road] paving operations; in the spring, dealing with rock fall cleanup – across a number of different tasks before they turn to plowing snow in winter,” Volkert noted. “We use them year round – and diesel provides for more heavy use and durability.”

[Plowing snow is also incredibly dangerous work, which can be heightened depending on how the other motorists drive around plows, said Volkert. “Stay behind the plow and don’t pass on the right,” are the two most critical pieces of advice he gives to motorists. And an example of what can go wrong if that advice isn’t followed is illustrated in the Utah DOT video below.]

Yet IHS Markit’s researchers noted that a “future with a more stringent regulatory environment” could initiate a speedier shift away from diesel in some work applications.

“The regulatory environment will have a large impact on the pace of change in the industry between now and 2040,” said Matt Trentacosta, automotive advisory consultant for IHS Markit and a co-author of the study, in a statement. “A diesel ban within city centers has the potential to cause fleet owners to adjust their strategy alongside OEMs [original equipment manufacturers] and suppliers.”

Regulations banning diesel powertrains inside of city centers creates a scenario with a “much more rapid adoption of BEV, hybrid and fuel cell trucks,” he said, but stressed that European markets “will experience faster adoption of alternatives in this scenario.”

“Understanding the future course of commercial trucking is so important because its impacts will reverberate far beyond just the trucking industry and through a whole host of industries,” added Daniel Evans, vice president of the IHS Markit downstream practice and another co-author of the study. “Trucking accounts for half of diesel demand globally, or one-sixth of oil demand, making the future of trucking critically important for the oil industry. A holistic, system-wide view is needed to see the full picture of this new reality of transportation.”

USDOT Kicks Off ‘Mask Up’ Campaign for Transportation Workers