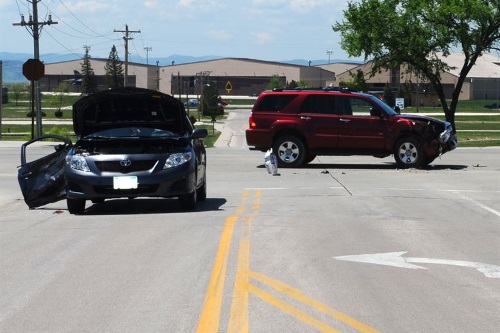 Two recent studies, one by the Insurance Institute for Highway Safety and the other by the Highway Loss Data Institute, showed that motor vehicle crashes are up by as much as 6 percent in Colorado, Nevada, Oregon and Washington, which have all legalized marijuana for recreational use, compared to neighboring states that have not.

HDLI’s study estimated that the frequency of collision claims per insured vehicle year rose a combined 6 percent following the start of retail sales of recreational marijuana in Colorado and Washington in 2014, followed by Oregon in 2015 and Nevada in 2017. The combined-state analysis is based on collision loss data from January 2012 through October 2017, using Idaho, Montana, Utah, and Wyoming as “control states.”

A separate IIHS study examined police-reported crashes from 2012 to 2016, encompassing the time period before and after retail sales of marijuana began in Colorado, Oregon, and Washington. IIHS estimates that the three states combined saw a 5.2 percent increase in the rate of crashes per million vehicle registrations, compared with the neighboring states of Nebraska, Wyoming, Utah, Idaho, and Montana.

IIHS said its study controlled for differences in demographics, unemployment and weather in each state, but stressed that its models “couldn’t capture every single difference.”

For example, marijuana laws in Colorado, Oregon, and Washington differ in terms of daily purchase limits, sales taxes and available options for home growers, the group said. “These differences can influence how often consumers buy marijuana, where they buy it and where they consume it,” IIHS added in a statement.

The organization added that Alaska, California, Maine, Massachusetts, Vermont and the District of Columbia also allow recreational use of marijuana for adults 21 and older and medical use of marijuana. Another 22 states allow medical marijuana, while 15 more states permit the use of specific cannabis products for designated medical conditions.

IIHS also noted that legalization of marijuana for recreational use is pending in New Hampshire, New Jersey, New York, and Pennsylvania, while this November, Michigan, and North Dakota will hold referendums on marijuana usage. Also in November, Missouri and Utah voters will decide whether to expand their medical marijuana laws, IIHS said.

“The new IIHS-HLDI research on marijuana and crashes indicates that legalizing marijuana for all uses is having a negative impact on the safety of our roads,” noted David Harkey, president of IIHS-HLDI, in a statement. “Despite the difficulty of isolating the specific effects of marijuana impairment on crash risk, the evidence is growing that legalizing its use increases crashes. States exploring legalizing marijuana should consider this effect on highway safety.”