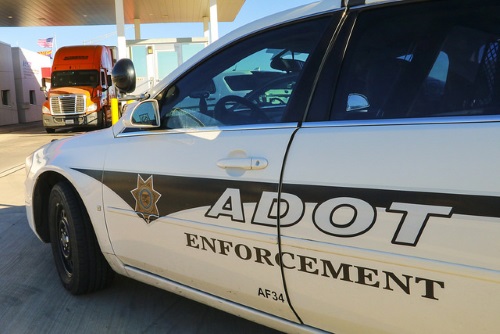 David Lorenzen, chief of the Iowa Motor Vehicle Enforcement division within the Iowa Department of Transportation, is one of the committee’s members and will represent state DOTs. Other members include Kristen Joyner, executive director of the South West Transit Association, and Paul Anderson, president and CEO of the Port Tampa Bay.

According to a statement, the agency said this advisory committee is tasked with submitting recommendations to USDOT Secretary Elaine Chao by July 3 next year that will cover:

The agency said this advisory committee builds upon work already being done in conjunction with transportation stakeholders via its Transportation Leaders Against Human Trafficking initiative, as well as through its aviation-focused Blue Lightning Initiative, which is led by USDOT, the Department of Homeland Security, and U.S. Customs and Border Protection. To date, USDOT said more than 100,000 personnel in the aviation industry have been trained through BLI.

State DOTs have joined the fight against human trafficking over the years, including those in Pennsylvania, Missouri, and Arizona, among others.

“Human trafficking is not just something you hear about on TV or read on the Internet; it’s happening right here in our state,” explained John Halikowski, ADOT’s director, in a statement on Oct. 10. “That’s why it’s critical for ADOT to be part of this comprehensive effort to combat it.”

To that end, Chief Gary McCarthy with ADOT’s office of inspector general – part of the agency’s enforcement and compliance division – serves as a member of the Arizona Human Trafficking Council and chairs its outreach and awareness committee that not only raises public awareness regarding this crime but trains people on how to spot human trafficking and what to do about it.

“We’re taking a few approaches to do our part to end this heinous practice here in Arizona,” McCarthy said. “From training more officers to use of our K-9 units to raising awareness through bumper stickers on our vehicles, ADOT is serious about stopping human trafficking and saving lives.”

The agency added that at ADOT commercial ports of entry near California and New Mexico, its K-9 units are trained to identify not only evidence of illegal drugs but human cargo that can include victims of human trafficking. Lieutenants overseeing those ports are trained to identify the “warning signs” of human trafficking, ADOT added, such as unusual tattoos, an unwillingness to speak up, and carrying large amounts of cash without explanation.

And, starting in 2019, ADOT said it plans to add a human-trafficking component to its agency-wide training material, including where the demand comes from and what cases look like. The agency also pointed out that its enforcement and compliance division plans to develop online training so other ADOT employees who work along highways will learn how to spot the signs of human trafficking.