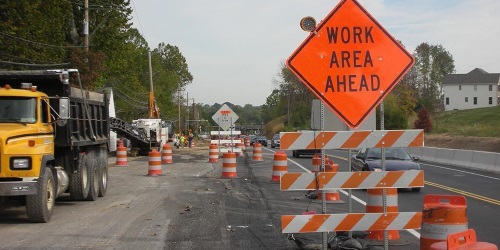 The Pennsylvania Department of Transportation and Pennsylvania Turnpike Commission will soon begin a five-year pilot program in which some highway construction and maintenance work zones will have speed cameras equipped with light detection and ranging radar or LIDAR to take photos of license plates of any vehicle exceeding the work zone speed limit by 11 mph or more when workers are present.

The first violation is a warning, the second violation results in a $75 fine and the third and subsequent violation means a $150 fine, according to a statement from the governor’s office, though violations will not be subject to driving points or merit rating for insurance purposes.

Fines paid for these violations, minus the costs to operate and maintain the program will be deposited into Pennsylvania’s Motor License Fund, with 45 percent of the fines over the first three years of the program transferred to the state police for recruiting, training, and equipping cadets as well as increased state trooper presence in work zones, with a farther 15 percent to be invested in work zone safety, traffic safety, and public education efforts.

After the third year, PennDOT or the PTC will use fine revenues to develop a Work Zone and Highway Safety Program for improvements and countermeasures to improve work zone safety, according to the legislation.

The law also allows PennDOT and the PTC to choose which contractor or department-force work zones on the federal aid highway system to use in the pilot and requires them to install special “advanced signage” advising motorists of speed camera enforcement in highway work zones. Additionally, the eventual vendor selected to install the work zone speed cameras will be compensated via “flat fee” and not per violation, according to the new law.

“Crashes, injuries, and deaths that occur because of speeding are completely preventable, and this law is a major step in enhancing safety in Pennsylvania’s work zones,” Gov. Wolf noted in a statement. “We always urge people to drive safely, and this is especially critical for those working within and driving through work zones.”

Highway work zone crashes are a growing problem nationally, as a national survey of 550 highway contractors conducted by the Associated General Contractors of America in June found that 54 percent of them said motor vehicles crashed into their construction work zones during the past year.

On top of that, 48 percent of contractors who experienced work zone crashes reported injuries to either motor vehicle operators or passengers, while 24 percent of those crashes involved a driver or passenger fatality.

“There are simply too many cars crashing into too many work zones, putting too many lives at risk,” said Ken Kubacki, chair of AGC’s highway and transportation division and the western region projects executive for Granite Construction Co., in a statement.

Those numbers are why PennDOT Secretary Leslie Richards said in a statement that she is “thrilled” by the introduction of Pennsylvania’s work zone speed camera law. “We have seen some speeds in work zones that are simply unacceptable, and we are confident that this tool will drive down speeding violations,” she noted.