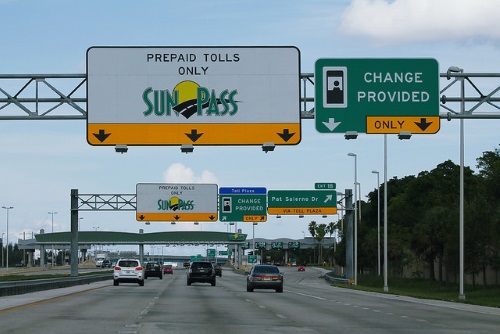 In a report issued Oct. 18, credit agency Fitch Ratings said that airports, toll roads, and ports are all facing “potential increases in borrowing costs” should the Federal Reserve continue to increase interest rates – and it has already increased interest rates three times in 2018 alone and eight times since 2015.

[Above photo by formulaone.]

That, coupled with increasing capital improvement spending needs, has the potential to slow growth in those three transportation sectors, noted Fitch Director Stacey Mawson in a statement.

Yet she added that “the transportation sector’s high ratings, along with high rate of fixed-rate debt, should limit the effects of potential interest rate escalation” as all three of those segments continue to see “healthy growth” that is outpacing that of U.S. gross domestic product growth so far this year.

“As the economy continues to expand, growth is felt across transportation sectors, although higher fuel prices are muting some of that affect,” Mawson added.

For example, growth in passenger boarding at U.S. airports nearly doubled year-over-year, up 5 percent for the first six months of 2018 compared to 2.6 percent growth during the same period in 2017. Fitch said it expects a similar rate of growth for second-half 2018, with medium and small hubs having the potential to outperform.

Fitch also noted that traffic and revenue growth for toll roads should stay on an “upward trajectory” in 2018, with facilities in the Southeast and Southwest recovering quickly following hurricane-related travel interruptions in the latter half of 2017, with year-to-date 2018 traffic growth averaging 5 percent and 3.8 percent, respectively – growth that is also easily outpacing the 1.5 percent growth in toll roads throughout the Northeast.

“More people moving to the Southeast and Southwest will add to toll road traffic and revenue over time,” Fitch added in its analysis. “As in past years, one factor that could temper growth for toll roads is an increase in gas prices.