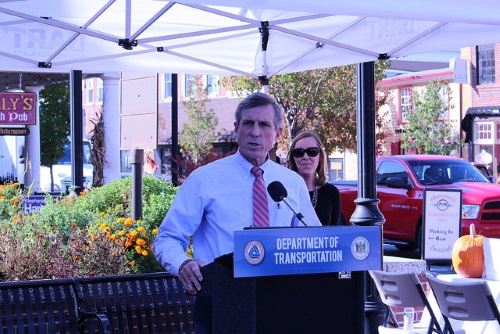 On Oct. 29, Delaware Gov. John Carney and Delaware Secretary of Transportation Jennifer Cohan spoke at a public information session to highlight infrastructure investments that will be made throughout Delaware as part of the state’s fiscal year 2020-2025 capital transportation program of CTP.

[Above photo via Delaware governor’s office.]

Currently, more than $3.2 billion in infrastructure work is planned for Delaware’s transportation network over the next six years, the governor noted in his remarks, and, when added to planned fiscal year 2019 projects, that spending total increases to $4 billion.

“With these investments, we are modernizing our transportation system statewide,” Gov. Carney said. “This is the kind of smart, infrastructure investment that will create jobs, alleviate congestion, and lead to real economic growth statewide.”

“While we have many large infrastructure projects scheduled around the state, we are also investing more than $100 million in public transportation and rail, $80 million in road paving and rehabilitation projects, as well as $20 million in sidewalk improvements to meet Americans with Disabilities Act standards,” Secretary Cohan said during the session.

She added that other “notable projects” within the plan include: the widening of SR 1 north and south from Route 273 to the Roth Bridge in New Castle County, the US 13 Camden Widening project in Kent County, and the SR 1 Minos Conaway Grade Separated Intersection in Sussex County.