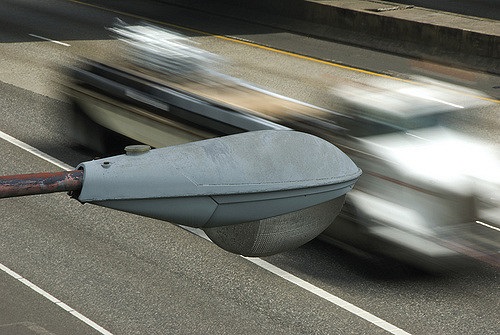 The USDOT chose five semi-finalists on Oct. 26 for its Solving for Safety Visualization Challenge, which seeks “innovative analytical visualization tools” to help improve safety on U.S. road and railroad systems.

“These advanced applications show the potential for data-driven safety solutions that the Department wants to support,” noted Under Secretary of Transportation Derek Kan in a statement. “Combining new sources of data, new methods of data integration, and new means to visualize and communicate the insights from this data can help the Department provide tools to transportation professionals, public safety officials and the public that can save lives.”

He explained that USDOT launched this challenge on June 14 specifically to “advance the use of safety data visualizations for answering analytical questions related to surface transportation system safety.”

USDOT added that analytical visualization tools can “cast new light on the data to reveal insights into safety and prevention of serious crashes not seen through traditional analysis.”

Those five teams now move to Stage II of the competition, which challenges contestants to create proofs of concept for their analytical visualization tools, said USDOT. After demonstrating their prototypes, two finalists will be selected for Stage III, where USDOT said, the teams will develop their proofs of concept into full working tools and compete for a share of $250,000 in prize money.

In a phone interview with the AASHTO Journal, Mohamed Abdel-Aty, Ph.D., chair of UCF’s Civil, Environmental, and Construction Engineering Department and the leader of the UCF team vying for the grand prize in USDOT’s competition, explained that this event helps illustrate the need to deploy “data and technology” in new ways to improve surface transportation safety.

“Over the last 30 years, we have been averaging 30,000 to 40,000 fatalities and one million to 2 million injuries a year on our highways – and the numbers don’t seem to change; we don’t seem to be breaking the cycle,” he said.

“We need to shift the paradigm. We’ve had progress but still it [the number of fatalities] is too much. Worldwide, we are talking about 2 million fatalities per year from traffic. With the technology we now have, we cannot accept it anymore,” Abdel-Aty added.

In his view, Abdel-Aty believes the technology and computing power now available provide an opportunity to achieve a breakthrough.

“My belief for the last 15 years is that we need to shift from reactive to proactive traffic management strategies – and to do that we need to identify problems in real time,” he pointed out. “I think we can do it, but it takes perseverance and will; when you embark on a lot of major changes, you need to convince a lot of people. That’s why data visualization is so important. It will show what solutions are possible so we can apply [them] to freeways and arterial [roads] to see how they work.”

Video: A Preview of the AASHTO Annual Meeting